Totals do not represent numbers on arrival at Inverness as a few passengers alighted at Dingwall. The most striking feature is the difference in number on the two dates - the Inverness College was closed on the first and open on the second. 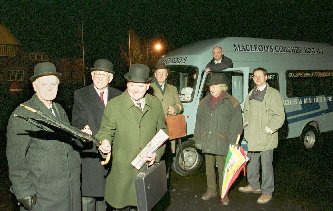