125 years on the North Railway Line 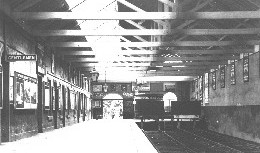 One hundred and twenty-five years ago today, the Caithness public had the opportunity to sample rail travel for the first time on "home" territory. When the first timetabled train steamed out of Wick station shortly after five o'clock on the morning of Tuesday, July 28, 1874, its passengers must have been well aware that they were experiencing a transport revolution in the North.

While railways had spread almost like wildfire throughout England and southern Scotland during the previous 40 years, Caithnessians wishing or requiring to travel south had the option of the mail coach overland to Inverness and beyond or the steamer to Aberdeen and Granton (Edinburgh).

The Duke of Sutherland's enthusiasm and initiative saw the Ross-shire line extended to Golspie and Dunrobin Castle by 1868 and then on to Helmsdale by 1871.

An independent line was proposed to link Wick and Thurso and the Caithness Railway Company received authorisation on July 30, 1866. However, the scheme remained only a pipe dream until 1871 when a new company, the Sutherland and Caithness, was formed to extend the line from Helmsdale to Georgemas and construct the Wick to Georgemas to Thurso sections. The Highland Railway company subscribed £50,000, while the Duke of Sutherland's investment was £60,000.

The inland route via Forsinard, Altnabreac and Scotscalder was chosen for two main reasons. The coastal route followed by the road from Helmsdale to Dunbeath and Latheron would have presented probably insurmountable engineering difficulties, and the Duke was in any case eager to have a railway which might open up the sparsely populated strath to Kildonan and Kinbrace. Eventually the railway did indeed serve his shooting lodges at Borrobol and Salzcraggie. 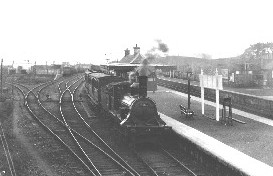 By early July 1874 the work on the line was almost completed. The track had been constructed in two sections, northwards from Helmsdale and southwards from Wick and Thurso, the two teams of navvies meeting near the county boundary. On July 9, the Duke of Sutherland arrived triumphantly at Wick station with his personal locomotive and saloon coach, and on July 23, Captain Tyler of the Board of Trade carried out his inspection and gave formal approval for the line to open commercially on July 28.

A report in the John O'Groat Journal of the opening day provided an eyewitness account and also expressed political and economic views. The new development had not been supported unanimously in the county but the reporter stressed the benefits that should accrue. "The railway opens up large tracts of land... Thus not only the trade of the towns but the resources and wealth of the county may be expected to increase rapidly now that the railway has come to us at last... Our geographical position and our peculiar circumstances had combined to leave us behind the rest of the world... To him (the Duke of Sutherland) Caithness owes and will owe all the good that will come from railway communication.. an event of such importance to the county...

"The first train, which started at 5.10am without even a cheer to speed it on its way carried between off 70 and 80 passengers and the numbers who travelled by the subsequent trains were even greater. The number of tickets issued at Wick station for the four trains which started was 295. The trains which arrived during the day had also a good many passengers. At the hours when the trains were known to start or arrive, crowds of both old and young flocked to the station to witness the novel and somewhat exciting scene.... the first goods train, appropriately enough, consisted of barrel staves, boat oars and buoys." The writer looked back over the preliminaries to the great day. Construction costs had averaged out at £4200 per mile. He praised the work of Mr. Paterson, engineer of the Caithness section, and Mr. Baxter, engineer of the Sutherland section, and also the contractors and assistant engineers, "all of whom have reason to congratulate themselves upon the successful completion of this important undertaking." Within a few days Caithnessians took advantage of the first-ever day trips to Inverness when special trains were run for the Highland Agricultural Show. The first left Wick at 4.25am, with the connecting train from Thurso scheduled for 4.40am. Arrival in Inverness was at 11.05am with the return journey booked for 5.30pm so that passengers would expect to back in Caithness at about midnight. 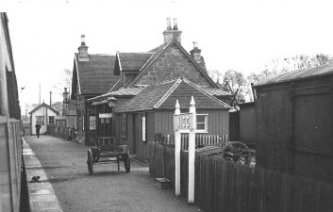 The timetables for the first month showed two trains in each direction, Monday to Saturday taking 7 hours 10 minutes and 7 hours 30 minutes from Wick to Inverness, and 7 hours 5 minutes and 7 hours 25 minutes for the northbound journeys. By July 1886, the daytime train was completing the journey in six hours southbound and six-and-a-half hours from Inverness, but the mail train which ran overnight with first, second and parliamentary (a euphemism for a very basic third) class accommodation took nine-and-a-half hours to reach Inverness, leaving Wick and Thurso at 10 minutes past midnight and arriving at 9.40am.

By the turn of the century the service was well established both locally and for connections to Edinburgh, Glasgow and London. Caithnessians travelling south had a choice of three trains a day. The mail train now left Wick at 2.30am (Thurso 2.40) and, with seven minutes allowed for the connection, left Georgemas at 3.10am. In midsummer it would have been daylight by the time the train crossed the county march into Sutherland, with the north-west mail going on at Forsinard at 4.08 in the morning. Arrival at Inverness was still at 9.40 and the connecting train to the south left at 10.10, reaching Perth at 3.33pm, Edinburgh (via the Forth Bridge) 5.36pm or (via Stirling) 5.56 pm, and Glasgow 6pm.

London-bound passengers then faced another overnight journey, arriving at 3.10am (via Edinburgh and the east coast Great Northern route to Kings Cross), 3.50am (Euston via the London and North Western west coast route) or 5.30 (via Carlisle, Settle, Leeds on the Midland Railway to St Pancras).

The daytime trains from Wick were at 8am and 3.05pm, with the connections leaving Thurso 10 minutes later. The morning train arrived in Inverness at 2.30pm. The afternoon train arrived at 9.25pm and, with the overnight train from Inverness reaching Glasgow at 8.53am and Edinburgh at 8.32am, this would have been the most popular service to Scotland's two main cities but must have been a long, tiring journey especially in the dark days of winter.

Continued in the next issue.

We are grateful to Ken Wood of the Caithness Courier and a fellow member for allowing us to reproduce this article, which appeared on July 28th 1999
All photos by H.C.Casserly