Once again Far North Express No 55 was a very interesting read, made all the more special with the references to Keith Tyler.

What an amazing story he told in "A Highland Winter". As one who was there on the 1st March I have a few thoughts to add. We took an extra unit north with us to Helmsdale to work the first southbound service to Inverness and I seem to remember there was some discussion as to how it was going to get on to the 'correct' platform. However as can be seen in the third photo it didn't shunt around. 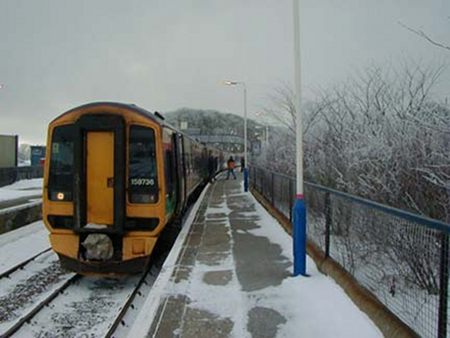 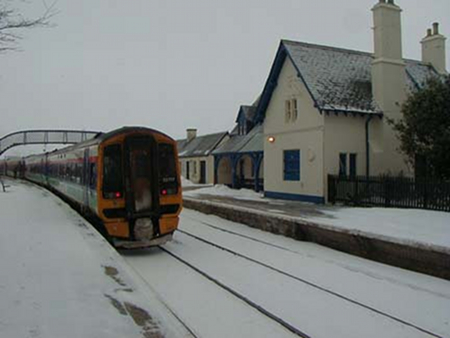 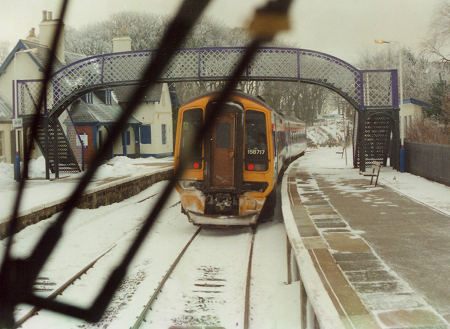 Even then the conditions were threatening as the next photo shows.

The freight that failed north of Kinbrace had had a bit of a chequered history as it had failed south of Inverness the day before with failed brakes due to the low temperatures. As Keith says, our journey to Helmsdale was chaotic and Stewart and I saw very little of it as we drew the short straws and landed up sprawled over sacks of hay, straw and sheep feed. Keith isn't exactly correct when he says the train waited for us, as, if memory serves me correctly, we had to wait for a Class 37 to enter the loop on its way to rescue the freight. It is always my regret that my photographic skills couldn't do justice to the scene as the 37 arrived as seen in the final photos. 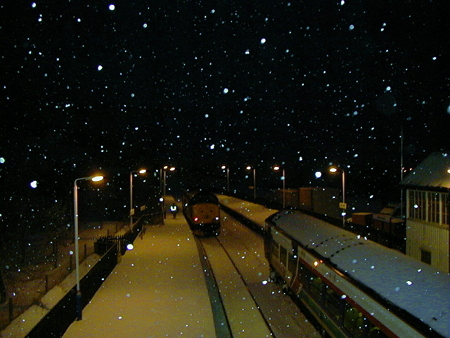 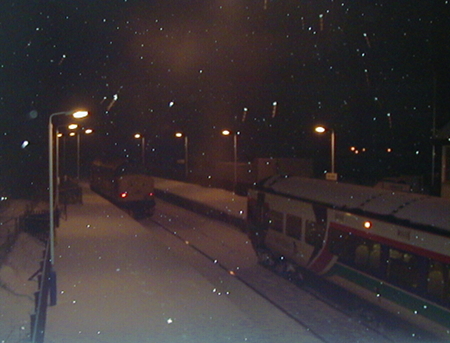 Whilst an interesting issue it was slightly depressing given the lack of improvements that are likely to happen in the near future.