Helmsdale Comes Back to Life - Part 2

By Michael Willmot, who also took the photos

One of the pleasures in restoring the station building at Helmsdale as a community project has been finding documents and meeting people associated with the building's past. The Archivist at Timespan, the Helmsdale Museum & Arts Centre, has unearthed a set of weekly notes issued to stationmasters by the London Midland and Scottish Railway (LMS) during 1923. Everything comes round again with variations! Items recorded include the importance of disinfecting cattle trucks and livestock loading banks in the face of an outbreak of foot and mouth disease and free passes for remote railway workers wanting to cast their vote in the 1923 General Election that produced a hung parliament, the first ever - minority - Labour government led by Ramsay MacDonald, supported by the Liberals under Herbert Asquith.

Here are just a couple of extracts giving the flavour of railway operations at the time.

Safety at level crossings was a problem even then:

Almost every month a new siding was being 'laid in'. Here is one for Dingwall Town Council:

The LMS was formed on 1st January, 1923, one of the four groupings under the 1921 Railways Act. There are a number of notices about restrictions of some of their rolling stock on the grouping's lines with small loading gauges and on rolling stock cascading, with attendant problems! 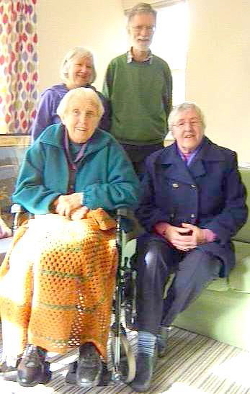 A particular pleasure has been meeting local people associated with the station. In March, Ethel Findlay and Anne Sinclair visited (shown seated with my wife Jenny and myself).

Ethel grew up in the station, being the Stationmaster's daughter, and worked as a clerk in the office - the room in which the photo, right, was taken - between 1942 & 1960. This was the first time she had been back in the building in over 50 years and she was delighted with what she saw. 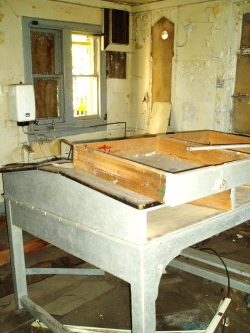 Anne also worked in the office between 1955 and 1963. The left-hand picture shows the desk at which they worked, in position in the same room before restoration. The desk we still have in storage. It needs a new home, ideally in a railway setting. Any offers?

In the 1950s, this office handled the payroll of railway employees at Helmsdale and up the line northwards. The payroll was over 100 and the pay was issued in special tins - to be returned before the next pay day.

Ethel was given a tour of the downstairs of her old house (she is unable to climb stairs now) and we have recorded some of her reminiscences of life here during and after the second world war - a very dirty house then, finding itself frequently downwind of Helmsdale engine shed.

The accommodation is now ready for letting. Details at www.helmsdalestation.co.uk .

Another of the notices found is shown below. 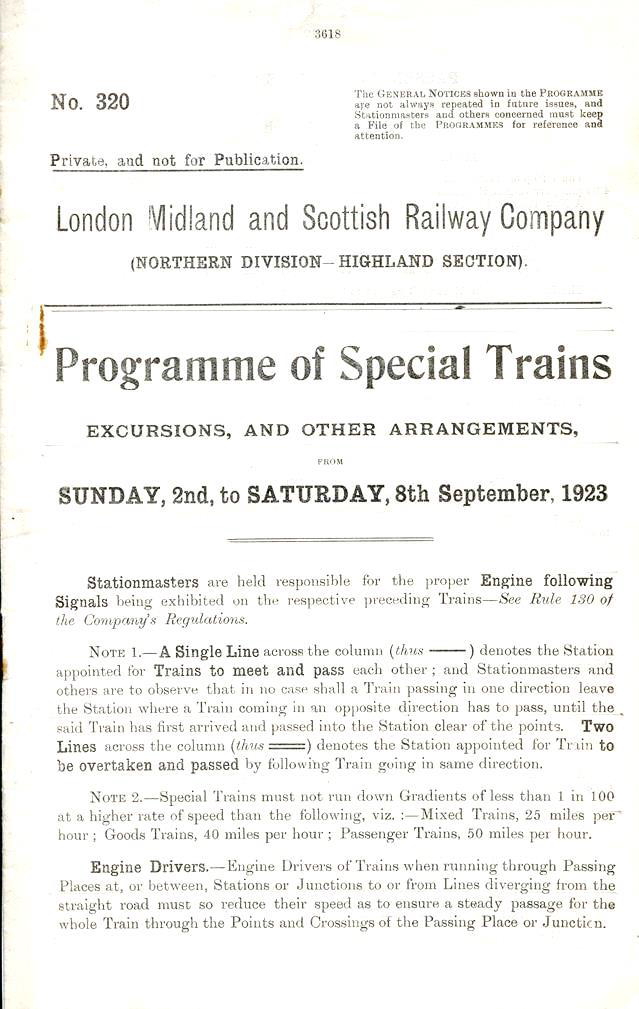