With the completion of the major works on the western part of the line last October, including the replacement and relocation of Forres Station, the lengthening of the platforms at Elgin and the upgrading of the signalling between Inverness and Keith , attention has turned to the doubling of the track from Aberdeen to Inverurie and the associated signalling. 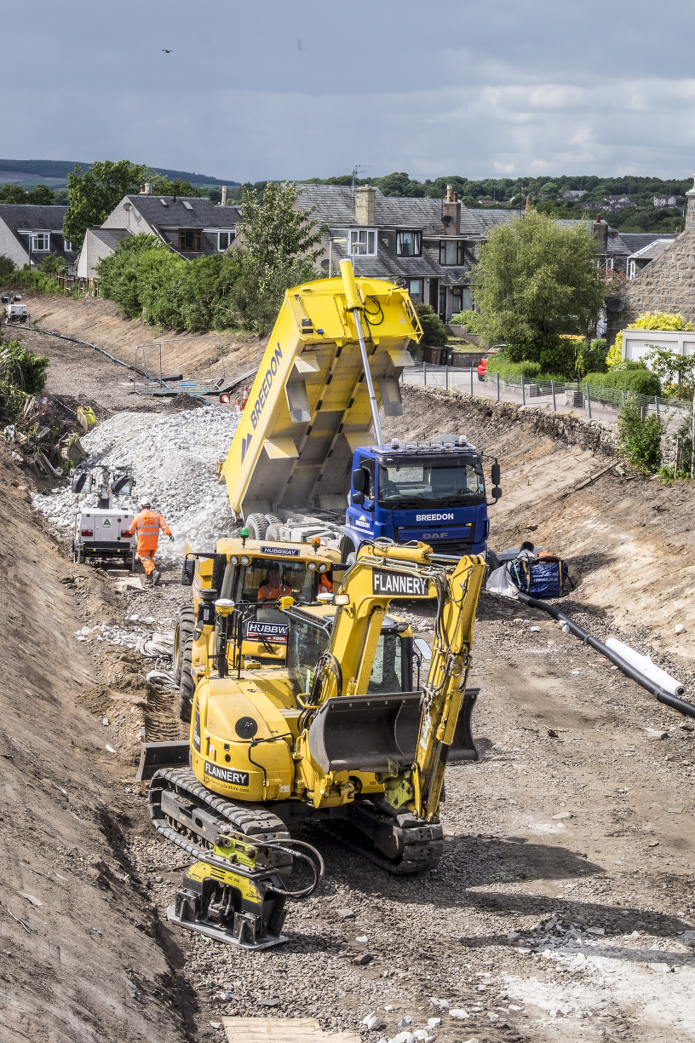 The first of the two 'blockades' needed on the railway has now come to an end. The second is scheduled to take place between May and August next year. 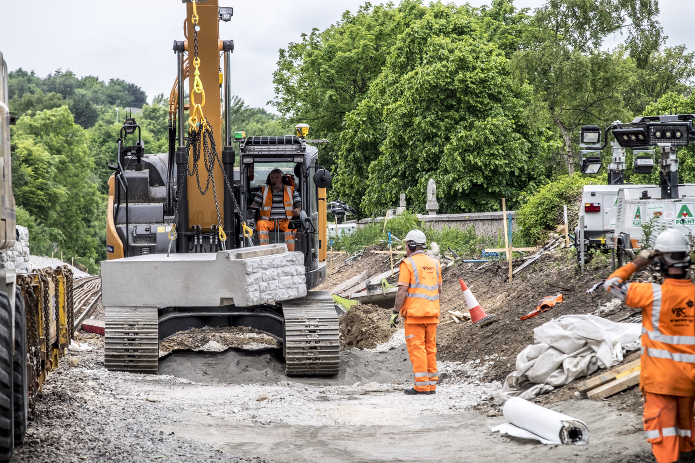 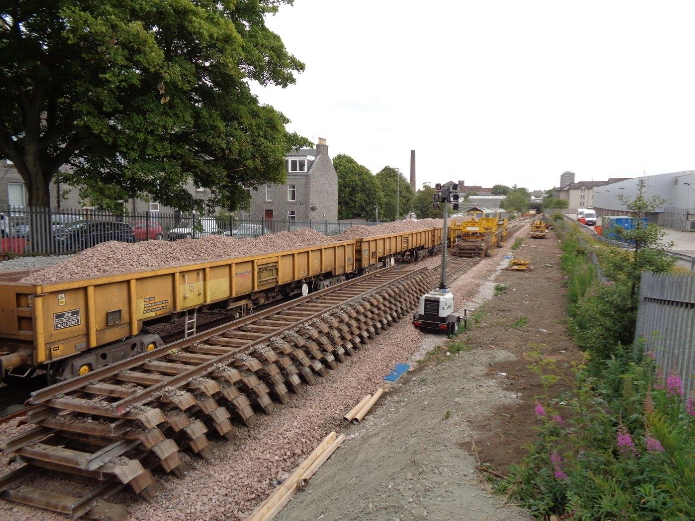 Ballast being laid at Kittybrewster 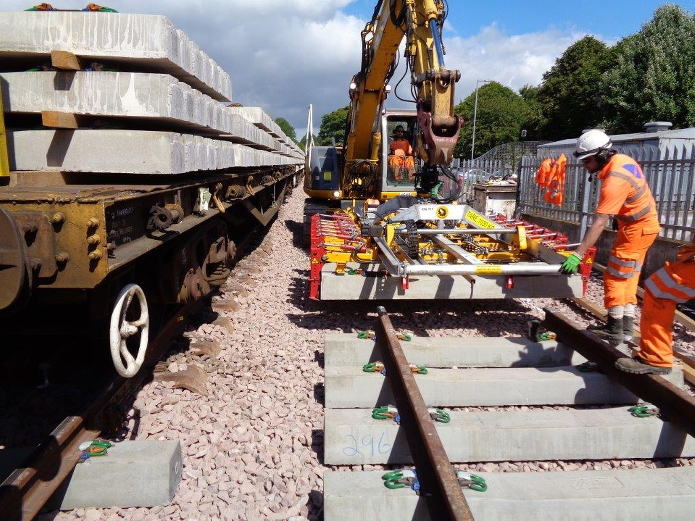 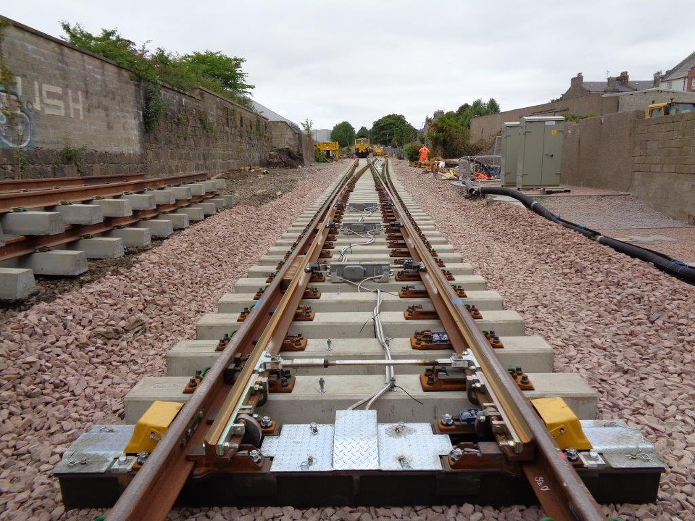 By 6th July a new set of points had been laid at Kittybrewster in Aberdeen. 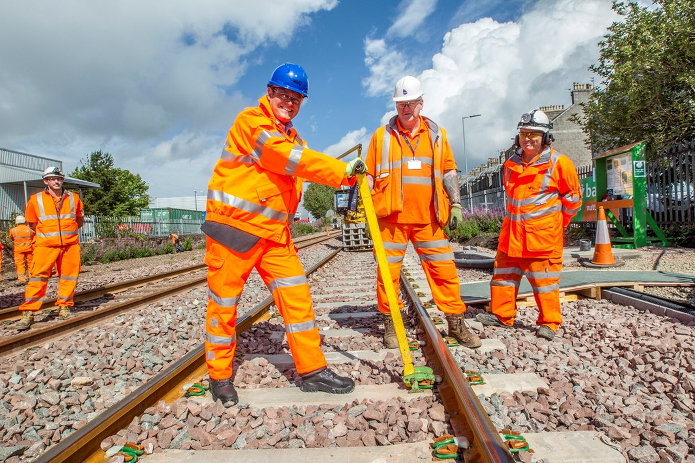 Alex Hynes, Managing Director Abellio ScotRail Alliance, putting in the final clip on the redoubled track between Kittybrewster and Dyce. A line up of 66s at Raiths Farm freight terminal, Dyce. (Look closely, there are four!)
The trains were arranged by the photographer/driver, Jordan Kearney