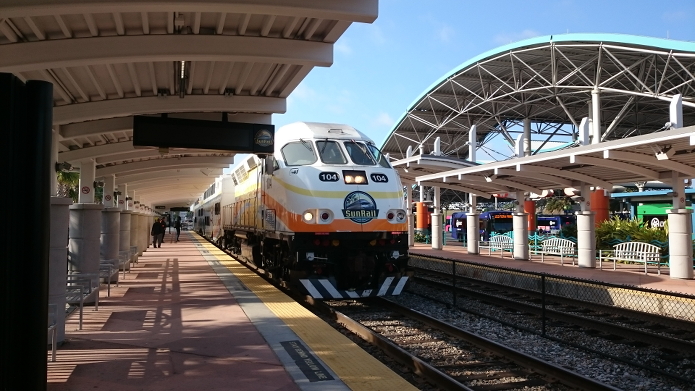 Being forced to go and work in a sunnier place for a couple of weeks in March, I took the opportunity to have a look at the new 'SunRail' system which passes through Orlando in Florida. The contrast with Scottish railways is more than meteorological! The trains are not more frequent than every 30 mins, and do not reach high speeds. Florida being extremely flat, railways are expected to cross roads on the level. The very many crossings are controlled with traffic lights and barriers but there are very few fences along the line and none in the downtown area, so pedestrians could just wander onto the track if they didn't think trains were dangerous. 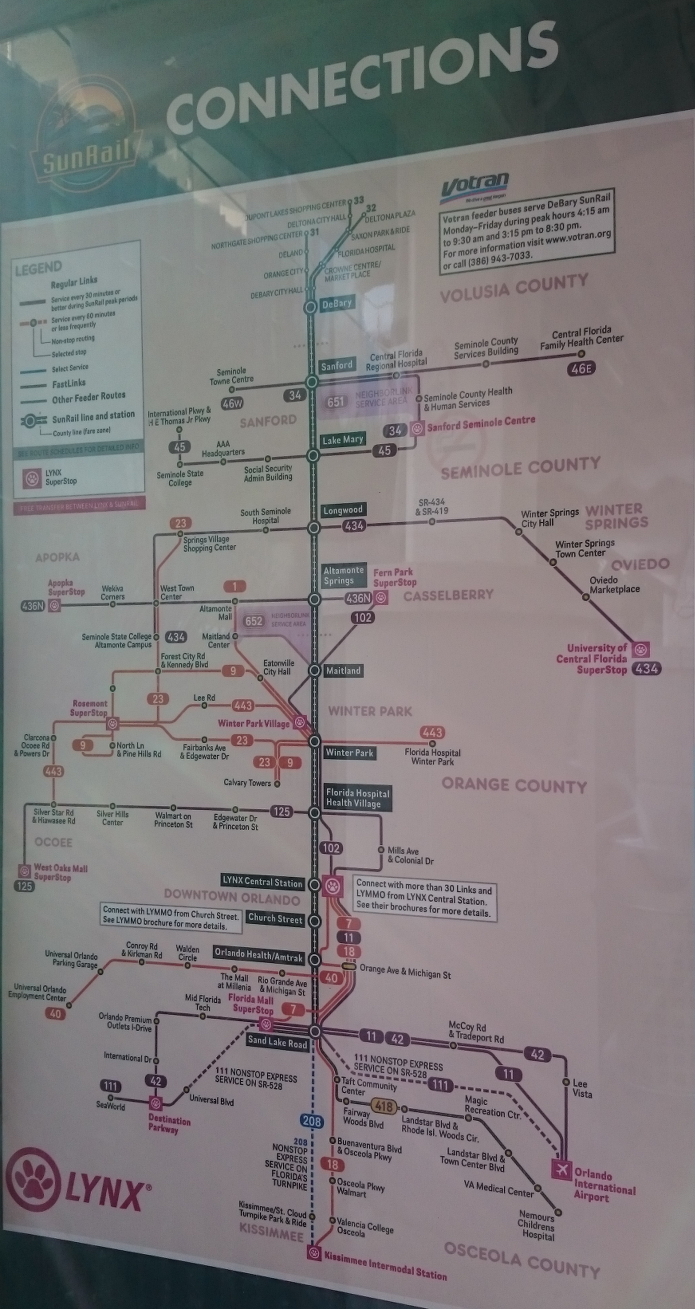 The main station in Orlando is called Lynx Central. The bus station is contiguous with the railway station, with direct pedestrian access between them. Diagrams of train and bus route connections are prominently displayed and easy to understand. A quick look at www.golynx.com lets you see how good information can be. 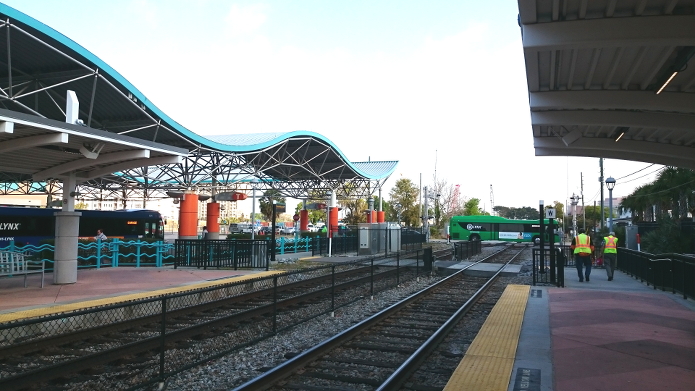 Health & Safety officers from the UK would be advised to take tranquillisers before venturing onto the Lynx system. The official route for pedestrians to change platforms is across the tracks. The electronic departure boards suggest that you should "Always expect a second train. Obey all warning signals. Cross only at designated areas." At Winter Park, two stops north of Lynx Central, the train passes through a public park - still no fences! 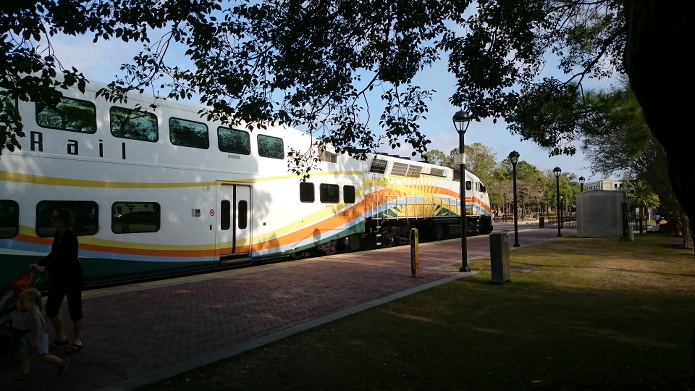