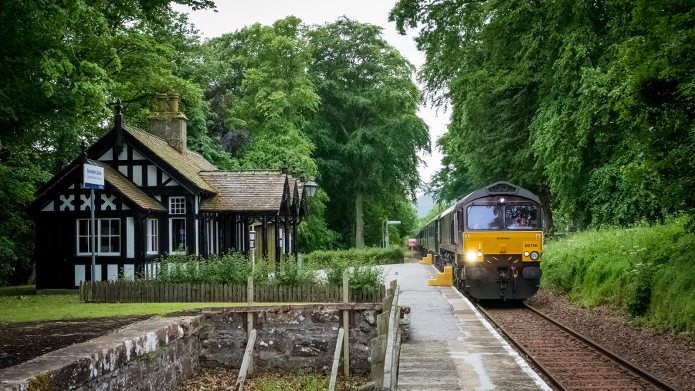 In the spirit of the 1957/8 incursion into HR territory by two GWR pannier tanks to man the HR Dornoch branch, here are three more examples. 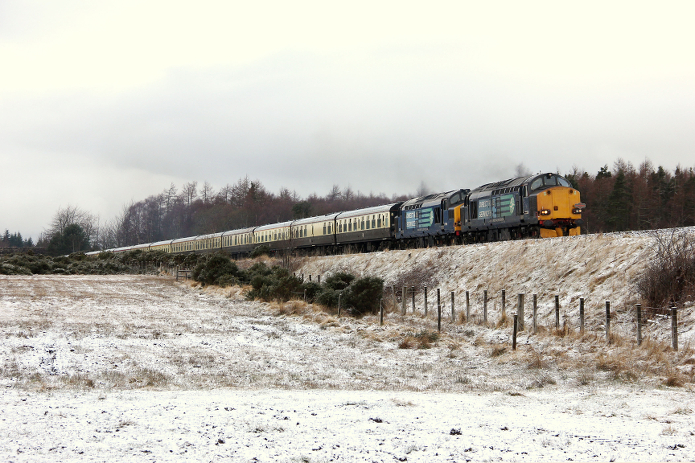 37605 and 37259 heading a return rail tour to Cardiff south over the HML at Feabuie on 2 April. Chocolate and cream coaches bringing back childhood memories to the editor.
Sandy Colley 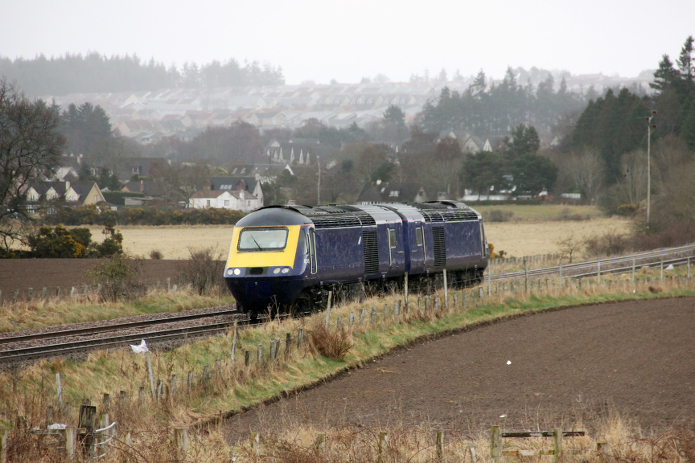 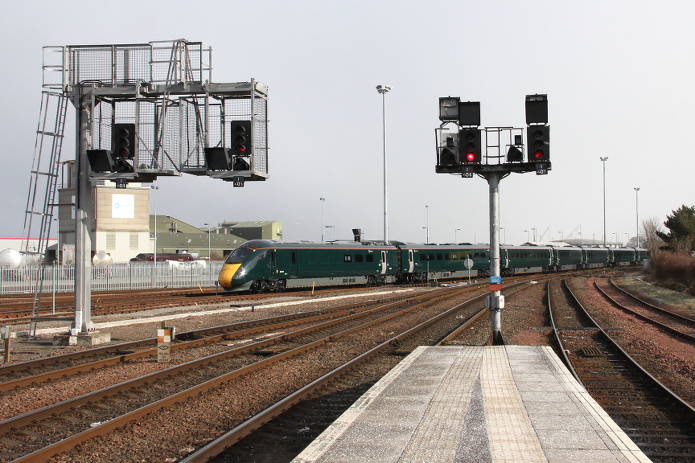 GWR 800003 heading to the fuelling road in Inverness while up for HML testing on 28 February.
Sandy Colley