The former logging town of Chemainus on Vancouver Island was the inspiration for Invergordon and other mural towns around the world. On hearing that the Island's Esquimalt and Nanaimo Railroad operated a passenger train using the famous Budd Railcars, North America's only successful diesel multiple-unit, FNE had to find out more, but what follows should make us grateful for what we have got. 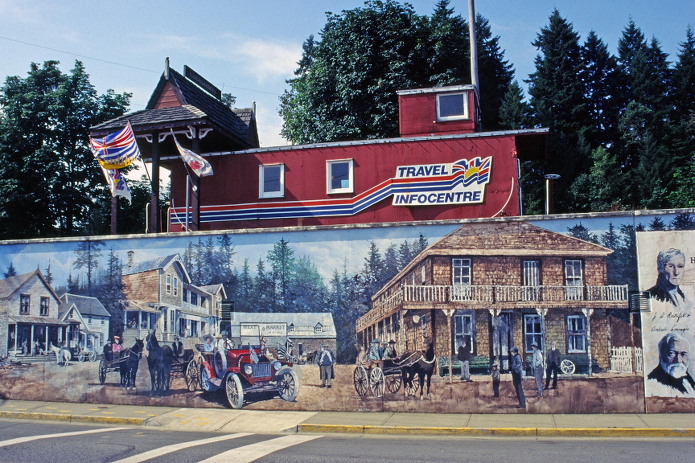 Built originally for shipping, lumber and coal, the railroad connected Courtney with Esquimalt, the commercial port and naval base for Victoria.- Latterly the Malahat Dayliner ran daily from Nanaimo in the island capital Victoria to Courtney and back, offering tourists an insight into life on the Island's eastern shore along the 362-km route with a journey-time of 4 hours 45 minutes. Canadian national rail operator VIA Rail began running the service in 1979 with a single or pair of the iconic stainless steel railcars.

Campaigners saved the train from several closure threats. However it was suspended indefinitely on March 19, 2011, due to track replacement work. Prior to further inspection of the track, service along the segment between Nanaimo and Victoria was originally planned to resume on April 8, but lack of funding prevented any of the work from taking place leaving the service out of operation for three years. A temporary bus replacement was brought in for the service after the closure, but dropping passenger numbers of less than ten per day caused the service to be discontinued on August 7. On May 10, nearly two months after suspension, the old Budd cars were moved from the roundhouse in Victoria to a secure yard in Nanaimo, in future hopes of starting commuter service from there. On November 5, they were taken off the island to be returned to central Canada, to be replaced by a new three-car train if service resumed. However, in February 2012, the 6-kilometre (4 mi) stretch of track from Esquimalt Station to downtown Victoria was torn up due to the condition of the Johnson Street Bridge, planned to be replaced by a new, wider one which nevertheless does not have enough room to place rails along the side of the road again, and therefore Esquimalt Station became the end of the line. 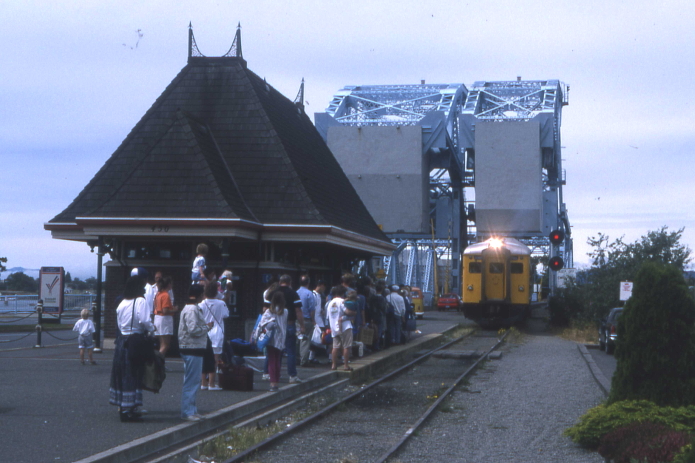 In July 2014, following successful securing of funds from the local, federal and provincial governments to replace trackage and repair bridges along the line, Via Rail reached an agreement with Southern Railway of Vancouver Island and the Island Corridor Foundation to resume island passenger rail operations. Service between Victoria and Nanaimo was expected to resume in May 2015 with service between Nanaimo and Courtenay beginning later in summer 2015. But, as of April 2015 repairs to the track had not commenced,and it seemed that there would be no resumption of passenger service on the line before 2016-17 at the earliest. 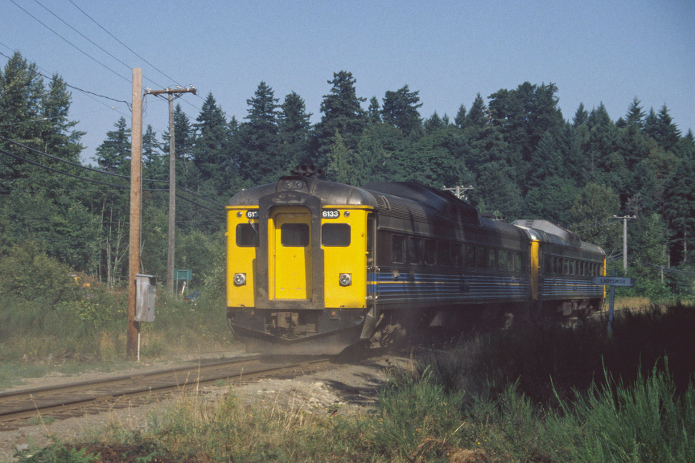 Pair of Budd Railcars on the line on 4th August 1993
Photo: Sandy Colley

Ownership has been bought from an American Company by a Rail Trust, the Island Corridor Foundation with the blessing of the British Columbia Government and money from local municipalities. Via Rail still owns the right to operate a passenger service, but the key freight service to a large pulp mill at Port Alberni, terminus of a branch from Parksville on the 'main line' was suspended in November 2014 following a risk assessment after the disrepair of the track had been continuously slowing train speeds down. No timeline was known for when service would resume.

The impediments to restoration are money and Aboriginal Rights. Each municipality through which the rail runs has to come up with its proportion of the money which will be matched by the various levels of government up to the total amounts. Not every municipality is "on board" : it could become a success, perhaps as a commuter train with alongside a non-motorised, multi-use corridor for walking and cycling, but one group says it's time to bury the dream of reviving passenger rail service on Vancouver Island and embrace a different future - one where the currently unused rail network becomes a series of recreational trails. And the issue of Aboriginal Rights has seen at least one Band (or clan) file a lawsuit, claiming rights to their land upon which the railway runs in the belief that it was never ceded to the Crown or the railway company. Meanwhile the Engelwood logging railway in the north of Vancouver Island, last of its kind in the whole of North America, closed as recently as 7 November 2017, leaving a heritage operation at Port Alberni as virtually the Island's only surviving working railroad. 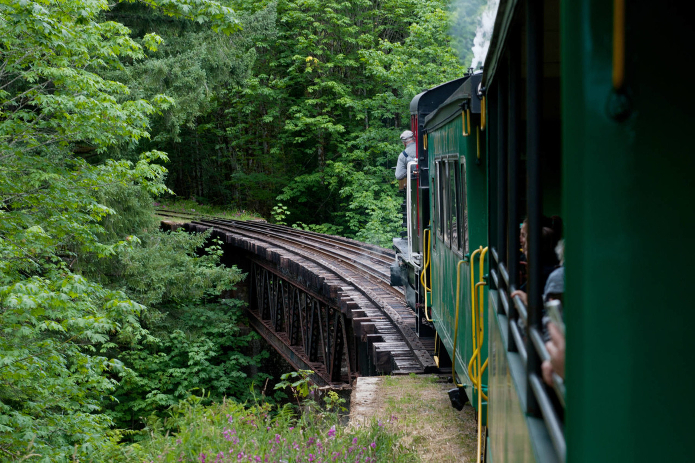 To mark the E&N's 130th anniversary, in April 2016 a visiting Island Explorer Excursion Train gave a couple of public runs along the E&N Corridor from Nanaimo to Wellington and the ICF hosted a family-friendly day including tours of the train, music and fun for train enthusiasts of all ages at the historic Nanaimo Train Station. Unfortunately for a country founded on railways, Canada has largely turned its back on at least passenger trains. Only a tourist train now reaches Calgary, the route to Churchill on Hudson Bay has been suspended indefinitely owing to flood damage, The Ocean using overnight stock built for the Channel Tunnel is the only passenger train in the entire Maritime Provinces, and most commuter lines in Toronto and Vancouver run only in the peaks. Suddenly our four trains a day through Invergordon to the Far North don't look so bad after all!