Friday April 13th 2018 marked the 150th anniversary of the opening of a significant stretch of the Far North Line from Bonar Bridge (now known as Ardgay) to Golspie, the Sutherland Railway.

In a ceremony, organised by FoFNL member Frank Roach of HITRANS, a commemorative plaque was unveiled by Lord Strathnaver on Rogart station. 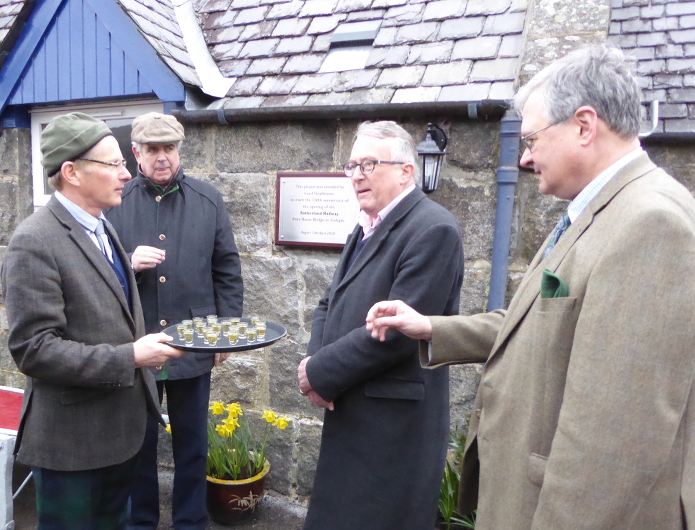 The section of the line from Bonar Bridge to Brora was authorized on June 29th 1865.

It was a very expensive project with major engineering challenges, including the Oykel Viaduct over the Kyle of Sutherland, and rock cuttings near Lairg. The new railway opened as far as Golspie on April 13th 1868 and was 26 miles long.

In spite of £15,000 of assistance from the Highland Railway Company the promoters of the Sutherland Railway couldn't afford to continue the line any further. A new Act of Parliament was passed on June 20th 1870 which transferred the powers to build the remaining 6 miles, and added powers for the extension to Helmsdale. The Duke of Sutherland took over construction, and services, provided by the Highland Railway, commenced on June 19th 1871. The final section of the Far North Line to Thurso and Wick opened on July 28th 1874.