Andy Drummond traces the ultimately unsuccessful attempts to have a railway built to Ullapool.

In early 1918, in an act of government unusual by its foresight, the Secretary of State for Scotland appointed a 'Rural Transport (Scotland) Committee' to look into existing transport facilities the length and breadth of Scotland and to suggest improvements. It was a mammoth task, but one which the inquiring Committee-members undertook with energy. While it may seem facile to summarise the extensive findings of this Committee in one sentence, let us try: the existing facilities ranged from non-existent to poor; and the suggested improvements to roads, railways and steamer services were many and varied.

The investigation of the state of rural transport in Scotland was almost certainly triggered by a number of factors - the realisation that the northern part of the UK was wide open to invasion during wartime, the anticipation that men returning from war would do so with increased expectations; almost certainly the vivid examples of rebellion and revolution in Russia and Ireland focused the attention on improving economic conditions. At all events, it was clear from the report of the Committee in 1919 that there were new ideas to be offered for the management of national transport and communications. The report repeated an argument, first raised by an MP in the 1880s, that the "inhabitants of these districts have a 'right' to improved communications in the same way that they have a 'right' to cheap postage" - an argument which indeed led to its logical conclusion: that the transport network should be under tight national control, and subsidised in the remoter areas. Not only the railways: "we are of the opinion that the steamer service of Messrs David Macbrayne, Limited, should be taken over by the State upon equitable terms"; a suggestion that took almost exactly another 50 years to carry through. Some of the thoughts expressed bordered on the revolutionary, and were not restricted to the reform of transportation; one member of the Committee was not backward in expressing his opinion that "there is small utility in giving a man the possibility of a good railway or steamer service if his conditions of life are such as make it difficult for him to pay the fare." 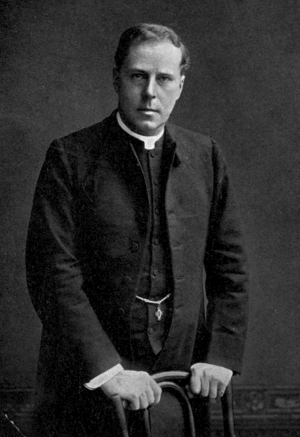 No sooner had the Committee hit the road than they wanted to meet suitable representatives from Ullapool, to discuss the railway project. Selected members of the Parish Council, under the leadership of Rev. Sir Montague Fowler (John Fowler's third son, now - after a series of unfortunate events - the laird of Braemore) put their case to the Committee in March 1918. Fowler smooth-talked the Committee with some well-rehearsed arguments - and some persuasive new ones as well. In pole position was the usual case for promoting the fisheries; in second place, a new argument was that a railway would greatly facilitate the removal of timber from the area (mostly, indeed, from Fowler's Braemore estate); with the war still rumbling on, a railway to Ullapool would allow troops to be sent rapidly to the west coast to fend off hostile invasions; and finally, the area was ideally suited for the development of hydro-power, and a railway could both assist in building the necessary infrastructure and make use of the energy so produced.

Leaving aside the troop-movements (Sir Montague also speculated that troops could readily be sent to Ireland from Ullapool "in the event of possible disturbances" there), the two new economic arguments for timber and hydro power were not to be ignored. The supply of timber for the war effort was very much a major concern for the government - hence, indeed, the creation of the Forestry Commission in 1919. And hydro power was very much on the agenda - our friend Major Blunt had already been developing his own local schemes back in 1903. Fowler let it be known that he had been to London in early 1918 and there talked to the War Office, the Admiralty, the Timber Supply Department and influential MPs. He had found great support for the Railway. Even, rather mysteriously, at the American Embassy.

Although the words 'light railway' were nowhere used in any of the memoranda or correspondence between Ullapool and the Transport Committee, it was clear that there had been a change of plan concerning the route at Braemore. There was certainly no more mention of that seductive tunnel or a descent on the west side of the descent: the line was to come down the steep gradient on the east side - i.e. following the course of the road (A835). In all probability, this could only be achieved by switching to lighter rolling-stock.

Among the many recommendations for improvements to the transport network, seventeen railways were proposed by the Rural Transport Committee. Some of these would now bring tears of joy to the corporate eyes of Visit Scotland: a 75-mile line on Skye, between Armadale, Portree and Dunvegan; on Lewis, a 40-miler between Stornoway, Carloway and Ness; on Arran, between Whiting Bay and Blackwaterfoot. A host of other new mainland lines were also proposed - including that old favourite, the railway from Culrain to Lochinver. And standing out above them all, the Garve to Ullapool route, which would be termed, in 21st century parlance, a no-brainer. "We are impressed with the arguments in favour of the construction of this line [...] We are further impressed by the existence of large reserves of water-power, and the consequent prospects of manufacturing industries being established in the neighbourhood of Ullapool [...] Apart from these considerations, the great argument in favour of this line is that it would give the shortest through connection between a port on the west coast and the existing railway system."

So sanguine was the Rural Transport Committee of having its recommendations implemented that, in January 1919, several of its members set off for the still-smoking battlefields of France to take an inventory of spare rolling-stock, rails and other paraphernalia of the light railways which had been laid down by the British Expeditionary Force during the war. They concluded that the Government should snap up these bargain-basement items for use in the proposed railways in Scotland.

It was, of course, no surprise to find that, of the seventeen proposed railway-lines across the length and breadth of Scotland, not a single one was actually built. There was no nationalisation of the railways (although the Railways Act of 1921 took a step towards it, by amalgamating over 100 companies into four large ones), and no nationalisation of steamer services. Undoubtedly, this failure was due partly to the return of surplus lorries and their trained drivers from the battlefields of France, which resulted in a huge boost to private enterprise passenger transport and haulage by road, and reduced the need for railways; but it also suggests that there was no appetite in Westminster for rural improvements away up north.

In September of 1945, it was the turn of Commander Vyner to play The Wide-Eyed Optimist. He was the owner of an estate near Ullapool (and others up and down the UK). He approached the LMS Scottish Committee with a proposal to build that railway. He estimated a construction cost of £500,000. The LMS dutifully set up a meeting with him, doubled the estimate to a nice round million, and then swiftly put an end to such nonsense. This was perhaps the shortest-lived of all the hopes and dreams. Commander Vyner had to content himself with other, lesser, philanthropic schemes.

The 1890 proposal for a railway between Garve and Ullapool was thwarted largely by a government which was anxious not to spend more money than necessary to improve the lives of the people of the west coast; it was also thwarted by the incompetence of civil servants and the machinations of the Highland Railway. The 1896 proposal failed for lack of funds. The 1918 proposal was ignored by a government that cared not to pay any attention to the well-argued recommendations of its own appointees. The railway historian John Thomas described the Garve and Ullapool Railway and the other unsuccessful candidates of 1890 as "pie in the sky lines". The evidence of several official investigations into the Ullapool proposal suggests that it was by no means so fanciful. Difficult of engineering it might have been, but the Victorians were nothing if not good at dramatic engineering solutions. For the moment, we can only admire the efforts of local people to have the line from Ullapool built. In terms of a tourist attraction, the helter-skelter descent at Braemore alone would have been worth the fare.

Andy Drummond's novel describing the construction of the railway to Ullapool, An Abridged History, (2004, reprinted 2018) is available on Amazon.

This article above is based on a more detailed study to be published in book-form in 2019.

Larger versions of the maps and plans in this article are available for viewing in detail here.