Welcome to the October 2014 FoFNL newsletter.

I would like to take this opportunity to introduce myself. I have agreed to be Newsletter Editor on a trial basis, initially for this issue only. I have run the website since its inception which I think might have been in 1998.

One advantage of editing the newsletter and the website is the co-ordinating of material for both. Space for photographs is limited in the printed version but not the online one so if any contributors have extra photos that can be used on the website I would love to receive them.

I have been a member of FoFNL since about 1995. I joined completely by chance; I was on a working visit to Inverness and happened to book in to the Bed & Breakfast establishment of Mr Ian Jamieson in Ardross Street. At breakfast I noticed, and commented upon, the railway pictures in the dining room. Mr Jamieson said straightaway that if I was interested in railways I should join FoFNL. He explained what it was, I explained that I lived in Glasgow and he rightly said that FoFNL needed all the members it could get.

I was astonished when I saw what was being done and have been full of admiration ever since. FoFNL is an extremely effective organisation and something of which the active members should be very proud.

I have always been interested in railways, from all angles (except perhaps trainspotting which I tried at the age of about seven and soon lost interest in!). I used to just enjoy watching the trains passing from the comfort of the fence made from galvanised wire strung between wooden posts. You had to descend to the grass regularly to give your feet a rest. The singing sound from the rails as a train approached soon got you back up, peering along the line. It was a stretch which had been GWR and Great Central Joint and by the fifties was in London Midland Region, between West Ruislip and Denham. There was a water trough there and watching Kings and Castles etc picking up as they sped by on their way to or from Birkenhead or Birmingham was exciting. 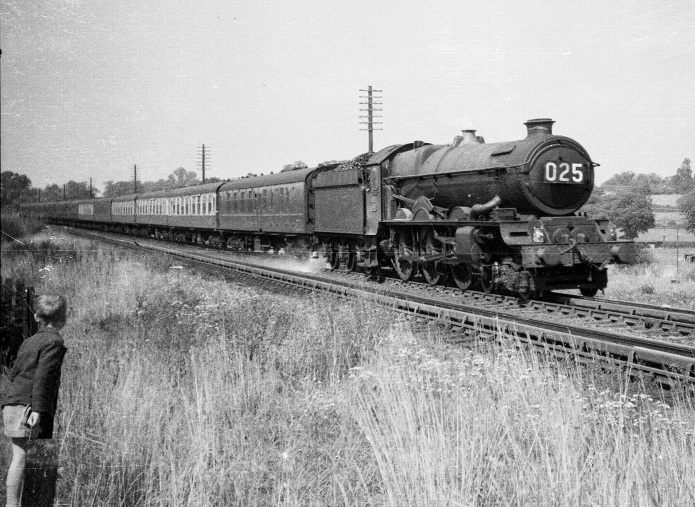 This actually is me in about 1961! Don't know which King though.

My real interest, though, has always been in how railways develop so joining FoFNL was what is now known as a "no-brainer".

Although born near London I have been working in Scotland since 1976 as a musician in the Royal Scottish National Orchestra so am pretty familiar with the Highland Main Line to Inverness but unfortunately have only travelled on the Far North Line once with the orchestra when we played in Tain and Thurso in 1991.

Taking on the editing of this newsletter has made me very aware of the crisis that FoFNL is going through at present. I do feel that every member should try and do what Ian Jamieson did with me all those years ago - just suggest to anyone you know that joining FoFNL is a good investment in the future of the railway. We need a Convener now, but it would be good to think that the one after next might not have even heard of FoFNL yet.