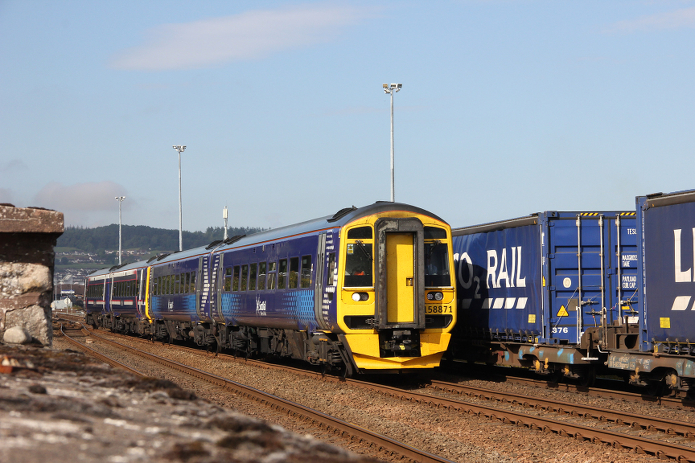 Heading South - unrefurbished 158871 leading 158734 out of Inverness on the 10:45 to Edinburgh on 25 August 2016 - an example of a service that should have first class seating being worked by standard class only units.
Sandy Colley

Far North and Beyond

A selection of photos by John Yellowlees.

The impressive collection of awards on display at Helmsdale Station
Above & below: Wagons and crane preserved in the Scapa Flow Visitor Centre & Museum at Lyness on Hoy, Orkney. The wartime naval base closed in 1957.
We intend to include further information on the various railways that existed on Orkney in a future article in Far North Express

Seen at Georgemas Junction, by FoFNL member Rob James, on 7th August 2016.
That bridge will have to be raised for a start...
Rob James