Swiss Rules - Letter From a Member

This was received from FoFNL member Sam Kendon.

Some of his comments are timely for this issue of FNE - Sam is well aware that his views are not part of FoFNL policy!

I have just spent a week or so in expensive but wildly beautiful Graubunden in eastern Switzerland.

Everything so beautifully and carefully constructed with neither the fear of the new nor the inept mimicry of the old that is so embarrassing in Britain. The Swiss are reputed, and often mocked, for being a nation of rule-lovers, yet the rules that they do indeed sometimes surprisingly zealously observe seem far better rooted in common sense than many equivalents here.

All over the extraordinary mountain network of the Rhaetischer Bahn, there are hardly any footbridges to cross the line(s). At the busier stations there are tunnel connections; more difficult to build than bridges, no doubt, but a great deal easier to negotiate for those with more limited mobility than the much greater vertical rise required to pass over rather than under the trains.

Everywhere else, on stations nonetheless much busier than the FNL, passengers simply cross the tracks on smooth walkways to reach the other side. They do so having taken note, by looking, of the absence of life-threatening trains approaching. Similarly remote road crossings rely on the intelligence of the driver to avoid collisions with trains. This is the sort of system that works perfectly well throughout the UK on thousands of road junctions. It is known as 'Give Way'.

Why road/rail crossings should be subject to such draconian additional controls as slowing the train to walking pace and elaborate and expensive barriers in remote areas I cannot understand. It is a curiously British obsession with safety that insists on this grossly uneven application of safety measures, the overall effect of which is to make rail travel slower and more expensive than the far more dangerous and destructive road alternative.

Switzerland is widely regarded as having the world's best public transport system. One could argue that case, but there is no doubt there are many simple and sensible differences the adoption of which could surely help on the FNL. When I think of struggling with a wheelchair up and over a high, ugly and expensive new footbridge as the price to be swallowed in the reopening of small FNL stations, I can't help thinking we could learn from the Swiss. 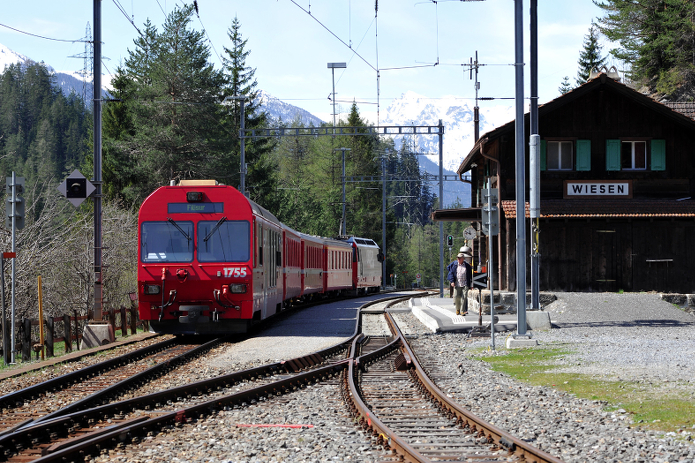