And so it was I found myself rolling in to Fearn Station at stupid o'clock on a freezing February morning. Accompanying me was Dick, an amiable middle-aged clerk who was normally based ten miles down the line in Invergordon. He didn't seem to mind being yanked out of his comfortable office and stuck out at a remote station to show a young loon the ropes. I had a sneaking suspicion he was as glad to be out of the vicinity of the Area Manager as I was.

Dick's remit was to get me up to speed with ticket selling, train meeting, parcel receiving and weekly accounting. Oh, and the potato traffic. 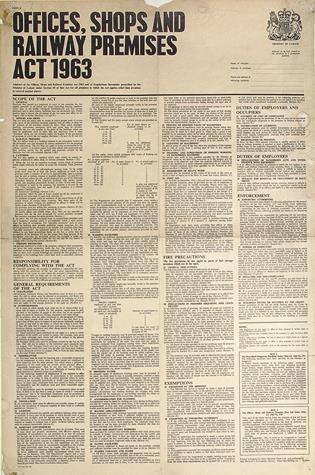 Prominently displayed on the wall was the Offices, Shops and Railway Premises Act 1963, which stated: "Where...the work done in a room...does not involve severe physical effort, a temperature of less than 16 degrees Celsius shall not be deemed...to be a reasonable temperature." That battered convector heater was the only source of heat in the entire station; if it had gone off, it's quite possible the room would never have got back to 16 degrees. As instructed, it remained switched on for the whole of my tenure and I, for my part, ensured that I never did anything in the ticket office involving severe physical effort.

My starting grade was 'railman' and the pay was £21 a week. Dick explained that the salary scale for a position like Fearn required the incumbent to be the next grade up, a 'leading railman'. But not to worry, after a three month probationary period I would automatically become a leading railman and my wages would increase to £23 a week. Dick thought the management were being a bit stingy not starting me as a leading railman, seeing as I was going to be doing the same work and all. But I was still ambivalent about how long I was going to be at Fearn, so I wasn't that bothered.

I was, however, still in a state of mild shock about having been given the keys to the station so casually. Being a rail enthusiast at heart, I was well aware of the economic and social significance of British Railways. I couldn't believe that a once proud organisation, to which generations of workers had aspired and respected, was being forced into a situation of having to hand over a complete railway station to the charge of such an inexperienced and, for all they knew, unsuitable person. A part of the Highlands' main infrastructure was being run by a nineteen year old hippie! Even then, I realised I was a symbol of its decline.

Opened in 1864, Fearn Station lies among fields, a good couple of miles from the village from which it takes its name. The substantial stone building has a two storey central section with matching wings each side, and an awning out to the platform. Originally Fearn had a second platform and a loop for trains to pass, which necessitated serious stuff like signals and a signal box. It also needed a full complement of qualified staff to run it; station master, clerk, porter and signalman. All that had been decommissioned by 1974, to be replaced by me.

However there was still a goods yard with two sidings and a loading platform, which gives a clue as to why the anachronism of Fearn Station had survived so long, unlike its three neighbouring stations. Delny, Kildary and Nigg had all closed in the early 1960s, before Beeching had even lifted an eyebrow in their direction. The reason Fearn was still there was nothing to do with passengers and everything to do with seed potatoes. Which was ironic, as it was the tatties that were to cause me a few problems later on.