2017 was the centenary of the establishment of the "Jellicoe Expresses" which conveyed servicemen to and from the Naval base at Scapa Flow in Orkney.

Moya Macdonald, of Another Orkney Production, has been instrumental in organising the placing of 15 plaques along the route of the train. Admiral Sir John Jellicoe's grandson John, and Captain Chris Smith from Rosyth, have performed a marathon of being present at 11 each, of the 13 unveilings so far.

There are two plaques to be unveiled in 2018; one in Forsinard, sponsored by HITRANS, and one in Hawick which temporarily (since 1969) does not have a station or a railway.

FoFNL very fittingly sponsored the plaque at Thurso which was unveiled by our President, Jamie Stone MP, on October 5th, in the presence of several FoFNL committee members. 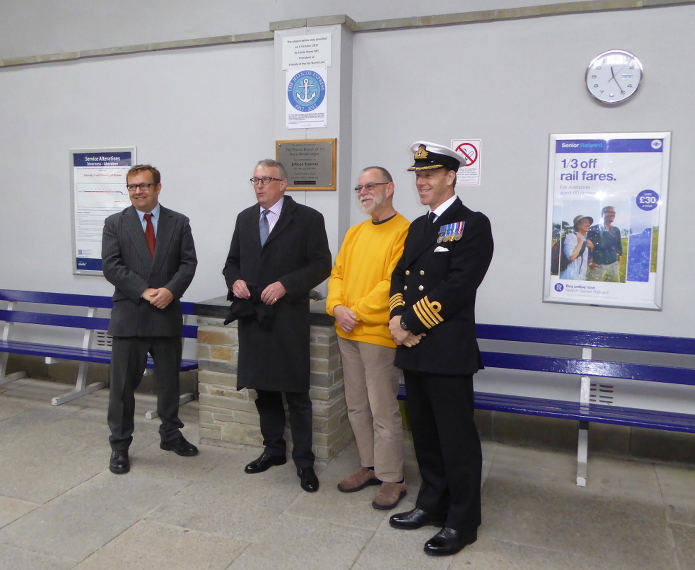 AOP is grateful for much help given by ScotRail Ambassador John Yellowlees.

Plaques in order of unveiling: