1870 saw the first ever Scotland v England football international, the Married Women's Property Act allowed wives to own property in their own right and, perhaps gaining slightly less public attention, the Duke of Sutherland's railway opened from Dunrobin to West Helmsdale on November 1st.

The third Duke was a very different character to his two predecessors, and he had long taken a deep interest in railways and the way they opened up the areas they travelled through for trade, both locally and countrywide. He was keen for the coal from his mine at Brora to be transported to the markets of the Central Belt, ditto for the fish from the newly established industry at Helmsdale.

The Dunrobin-Helmsdale line was not his first direct interest in railways. He'd been a principal shareholder of the Sutherland Railway which built the line from Ardgay to Golspie, reaching that town in 1868. It was the fact that there seemed pretty well zero chance of any other investors coming in to help pay for the next stage of the railway to the far north in the immediate future which encouraged the Duke to go it alone.

Once the Duke's railway opened he operated two passenger trains a day with most passengers travelling in open wagons. As is well known, the Duke had his own loco and carriages for his personal use. For the next seven and a half months the railway operated completely independently, isolated from the rest of the network. That all changed on 19th June 1871 when the Duke's line was connected to the rest of the system at Golspie.

This was not the end of the Duke's railway involvement by any means. He went on to become the principal shareholder of the Caithness and Sutherland railway of 1874. Perhaps not surprisingly, he later became chairman of the Highland Railway.

The first section of the Dingwall & Skye Railway's branch from Dingwall to Stromeferry opened to goods and passengers on 5 and 19 August 1870 respectively. The construction had been seriously delayed by the objections of a local landowner who succeeded in having the route diverted away from his property - at the cost of depriving nearby Strathpeffer of a railway for the time being. Ironically Sir William MacKenzie died before the opening of the line.

The railway was operated from the outset by the Highland Railway and absorbed into it in 1880. It was not until 1897 that Kyle of Lochalsh, the original destination of the line, was reached.

In a modern context, FoFNL is delighted to have also made a contribution to the Kyle Line by campaigning successfully for the construction of the Lentran Loop south of Dingwall. 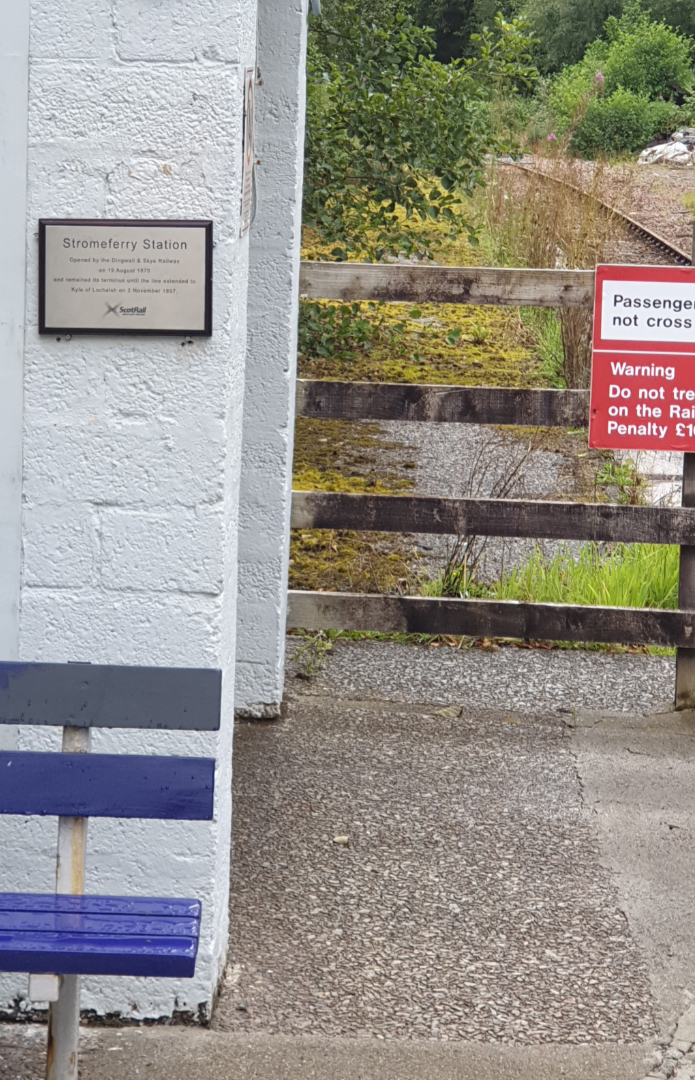 To mark the anniversary ScotRail provided a plaque at Stromeferry station. 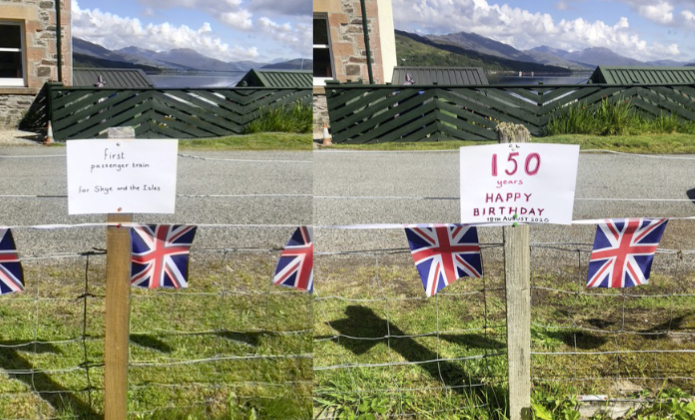