A story of photographically capturing this captivating country, by Colin Nutt

Once upon a turbulent time...
...two not-so-young publishers moved to Inverness and set about adapting their skills to the Scottish publishing scene. Seeing a gap in the market for a series of regionally focused photographic books, they set about the task of photographing selected areas of the country. The year was 2007; yes, the year the financial storm clouds were gathering ahead of the catastrophic crash of 2008.

This was not a good year to launch a new business, but the first four books were ready to go to press and a living had to be made. So four books were printed - illustrating Inverness, the Cairngorms, Ross & Cromarty and Edinburgh - and sell they did, despite the mood of the times ('nobody buys books any more' was an oft-repeated comment) and a poorish year for tourism in Scotland. Yet in the face of this rough weather, the fledgling Ness Publishing achieved lift-off.

Against the odds, enough books were sold to keep going and so the next batch, covering another four areas of Scotland, duly appeared in 2009. This was the first 'Year of Homecoming', which helped to make it a better year for visitor numbers, and sales responded accordingly. Shoots of optimism for our future began to appear. 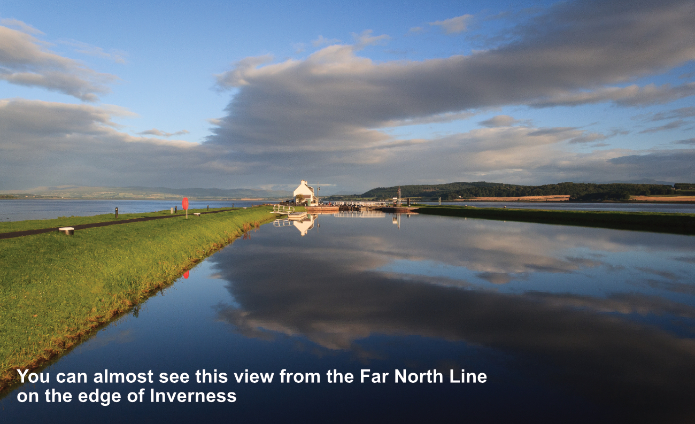 Never one to work without a plan, I had concocted a scheme for covering the whole of Scotland with our Picturing Scotland books. We originally envisaged a series of 20 titles, but it soon became clear that would be insufficient to do pictorial justice to Scotland as a whole: some parts that were originally allocated one book needed sub-dividing into two or more. Today the series stands at 40 books, 34 of which are regional, so there is indeed a Picturing Scotland book for every part of the country. The other six are on themes such as distilleries and Scotland's wildlife.

Naturally the demands of the enterprise grew. My wife Eithne (a native of Fort William) was increasingly drawn into the business, with a particular talent for telephone sales. Producing four or five new books each year, on top of a growing list of published titles to keep selling, soon led to clocking up working weeks of well over 100 hours between the two of us. And before long the 'backlist' of published books needed updating and expanding: the first revised editions appeared in 2011.

Picturing Scotland sales passed the 100,000-copy mark and we published three new books (on Orkney, Shetland and Lanarkshire), which brought us to the point where the series had a book for every part of Scotland. This after just six years trading.

Four-and-a-half years later, sales reached 200,000 copies, meaning that the books had contributed £1million-worth of retail value to Scotland's tourism economy. OK, that's a tiny part of this sector, but we hope and trust that the books are doing their bit in providing ongoing promotion of Scotland: they enable people to 'take Scotland with them' and share it with others, some of whom will then make their own visit. At the time of writing, sales have passed the quarter-million mark.

What do our customers like about them? Firstly, we aim for high production values - good pictures and a connecting 'trickle of text' (as one happy customer put it) that provides a coherent presentation of an area or theme. Secondly, they are the right format for their main market - people on the move around the country - for whom their compact size and good value are ideal. Thirdly, innovative sales and marketing: predominant in this field is the ability to add a customer's branding to the books, meaning their property/venue/business adorns the outside of their copies, adding a promotional dimension to that business, as well as better sales.

In retrospect, looking back at everything that has had to be done, it has been a huge effort! After 13 years some of the statistics are: 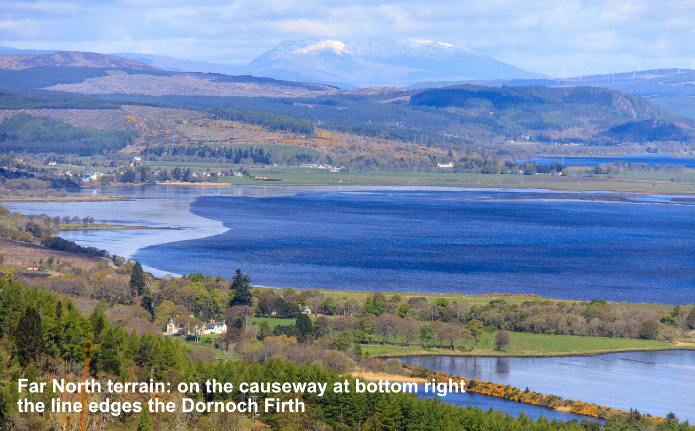 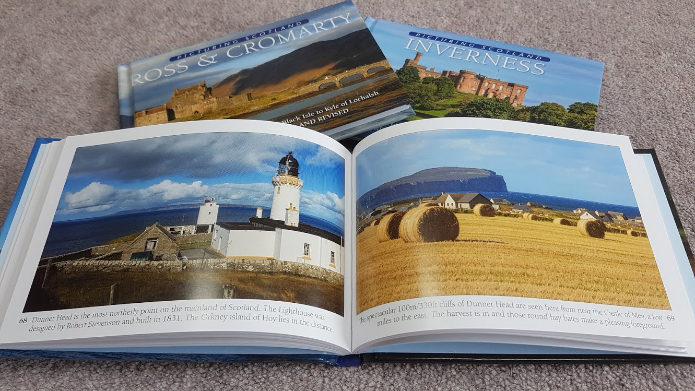 One extremely important aspect of the Far North Line is its attraction to tourists who realise that train travel is the best way to enjoy the view. Picturing Scotland is a series of 40 books which cover the whole of Scotland. They are roughly postcard size and are therefore ideal for taking with you on holiday for inspiration.

These are the three books that cover the area of the FNL and they give a beautiful insight into what is to be found. The stunning photographs are almost all taken by FoFNL member Colin Nutt, and his wife Eithne.

All the text is in the form of captions beneath each photo, which read as though the photographer is showing you them in person, with fascinating facts dropped in en route. Perhaps the best recommendation I can give is that upon receiving the review copies I immediately purchased two more that cover areas of special significance to me!