12 May 2020 was the 75th anniversary of the opening of the Churchill Barriers that link Burray and South Ronaldsay to the Orkney mainland via Lamb Holm and Glimps Holm. COVID-19 caused the postponement of a programme of events to mark the occasion, including the unveiling of a plaque. An article, written by engineer John Andrew and historical researcher Moya McDonald, was published in the Orkney International Science Festival's online magazine Frontiers, looking back at the scale of the achievement.

As FoFNL has always regarded Orkney as the 'northern end' of the Far North Line, any items including the use of railways on the islands spark special interest. The full article is well worth a read and can be found here. 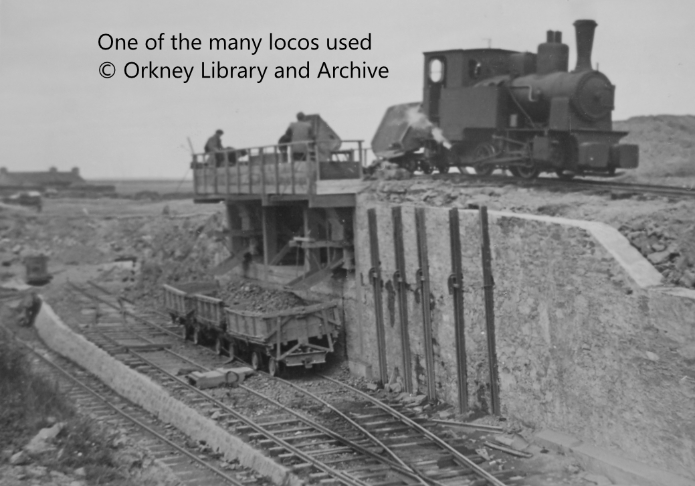 Building the Churchill Barriers was a massive project which took over four years to complete, with a workforce of around 2000 including several hundred Italian POWs. Their arrival early in 1942, changed the nature of the project due to the Geneva Convention prohibiting POWs carrying out war work. Originally planned to block the channels and prevent U-boat attacks on Scapa Flow it became an ambitious plan to build a roadway linking South Ronaldsay and Burray with the Orkney Mainland, changing forever life in these islands.

The following excerpts from the article give an impression of the scale of the project:

"Nearly £350,000 (£16m in today's money) was spent on plant and equipment for the construction of the works. This included twenty-four cranes from 3 tons to 10 tons capacity; nineteen excavators ranging from 3⁄8 cubic yard to 1¼ cubic yards; sixteen crushers, fifty-one lorries and twelve dumper trucks. The floating plant included two steam-tugs; two steam drifters; a diesel tanker; four launches; a 350-ton hulk and seven barges. There were also the five electrically powered cableways; two at Kirk Sound, east and west and one each at Skerry, Weddel and Water Sounds. The project also involved the laying of an extensive railway network with fifty-eight locomotives of 2-foot and 3-foot gauges and 260 wagons of all classes operating to shift the heavy materials required. There was once ten miles of railway track on Orkney!" 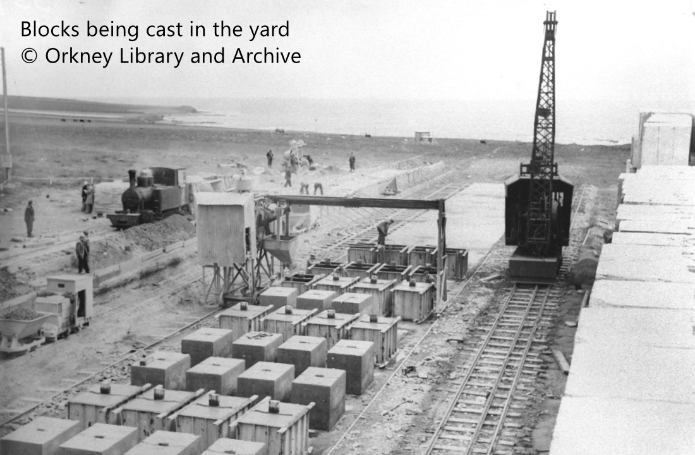 "After 4½ years the work was completed to all intents and purposes by September 1944 and cost approximately £2m (£92m today). They were officially opened by the First Lord of the Admiralty, the Rt. Hon. A. V. Alexander, C.H., M.P., on 12 May 1945, connecting South Ronaldsay and Burray by road with the Mainland and changing life in Orkney forever."

For those interested in Orkney railways, there is a small quantity of rail-related exhibits at the Scapa Flow Museum in Lyness, as featured in FNE 69, September 2016. The museum is currently closed for renovation, see their website for progress.