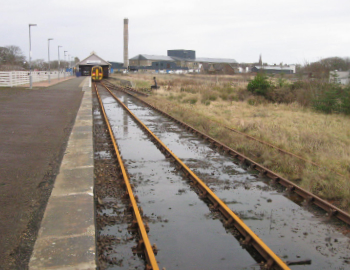 The track at Wick Station has long been prone to flooding due to poor drainage. Oil and diesel from trains has also been seeping into the ground causing contamination issues.

Network Rail completed a project, as planned, on 8 July, to mitigate these problems. The £650,000 investment involved the creation of a new drainage route incorporating a 53,000 litre Kingspan interceptor tank to filter out the contaminants, allowing clean water to drain into the river via a new outfall.

The work had to be carefully done to avoid damage to the nearby playing fields and trees. On completion of the drainage work a new, and much better, public footpath was laid.

The works were carried out on Network Rail's behalf by specialist railway contractors QTS and Westlin. 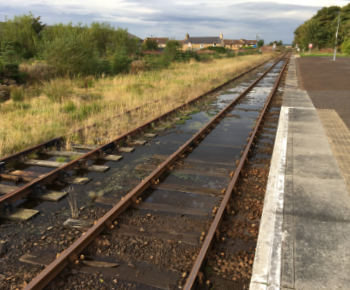 The area before work commenced, the lying contaminated water revealing the extent of the problem. 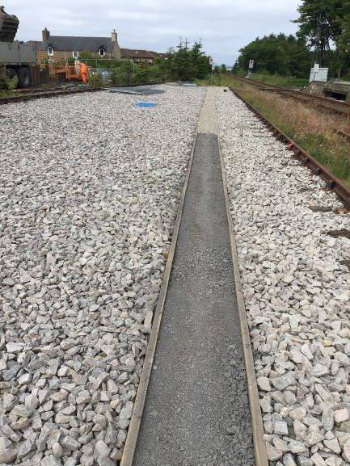 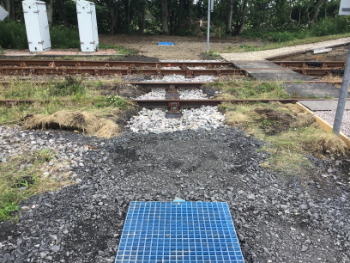 Reinforced UTX (Under Track Crossing) drainage pipes pass beneath the track. The blue cover is for access to a catchpit, used to collect silt and debris in a sump. Fifteen new catchpits were installed. 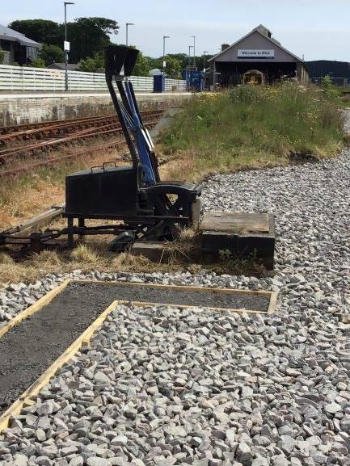 Safe access provided to a groundframe used for controlling points in the yard.
Photos: Network Rail