On Sunday 8 August we were privileged to have H.R.H. The Prince Charles, Duke of Rothesay unveil a Red Wheel marking the 150th Anniversary of the opening of the "Duke of Sutherland's Railway". The wheel was sponsored by FoFNL and supplied by the National Transport Trust.

The wording on the wheel is "The Duke of Sutherland's Railway. To boost the local economy, the 3rd Duke planned and financed the railway from Golspie to Helmsdale. Opened 16th May 1871."

The Prince was 'piped in' by Fraser Roach, and welcomed to Dunrobin Castle Station by Sutherland Lord Lieutenant Dr Monica Main. 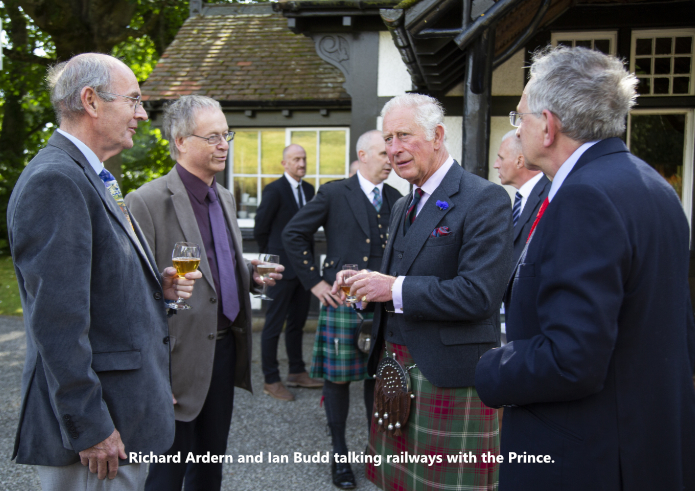 The Prince was shown around the museum in the station by Daniel (described as Honorary Station Master) and was genuinely fascinated by the items he saw. Evidently he "asked a million questions!" He said that it took him right back to his childhood and that one of his happiest railway memories was being given breakfast on the Royal Train as it headed on its final leg from Aberdeen to Ballater for Balmoral. He also said, "They should never have closed that line!"

The Prince was evidently enjoying himself, and made a point of speaking to everyone on the platform, including the extra guests who were not in the greeting lines. Once the Prince had left to visit the gardens of Dunrobin Castle the day was rounded off perfectly by a buffet lunch in Golspie. 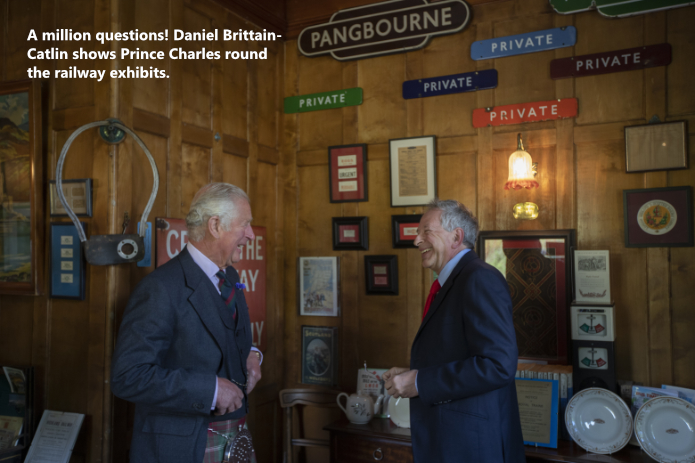 Larger versions of these pictures on the FNE 84 companion page.