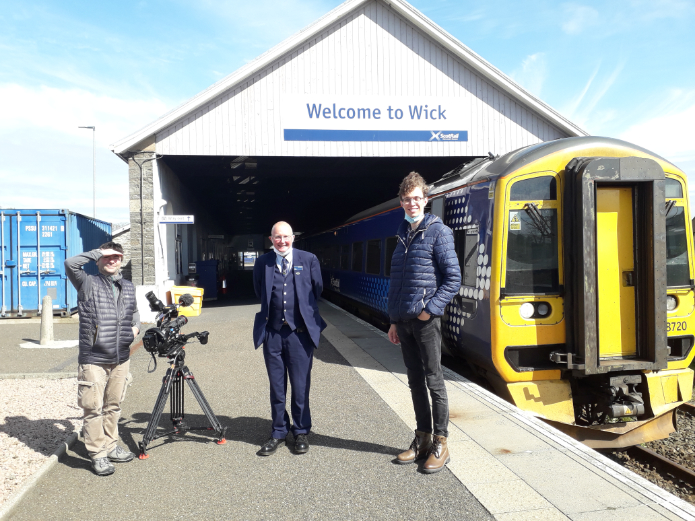 Channel 5's series, World's Most Scenic Railway Journeys reached the end of the Far North Line on Tuesday 25 May. The production team travelled north on the 10:41 service and headed back on the 16:00. In John Yellowlees' photo Matt Currington and Mantas Jankus flank ScotRail conductor Neil MacQueen before boarding the train.

The programme will be narrated by Bill Nighy and, in order to try and avoid the 'howlers' that beset an earlier episode about the Highland Main Line, FoFNL sent the Channel 5 researcher a list of place names liable to cause him pronunciation problems.