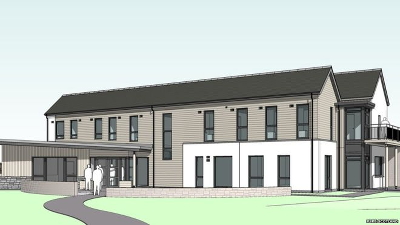 Planning consent for the £1.9m building has been given by Highland Council and a contractor has been appointed. 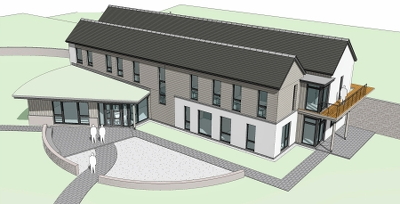 There is considerable opposition from local residents concerned about increased traffic, pollution and potential problems with their water supply.

The project is expected to generate income for local businesses and should provide welcome extra traffic to Forsinard station on the Far North Line.

Plans to replace the visitor complex at the Falls of Shin which was destroyed by fire in 2013 have moved into their final stages. 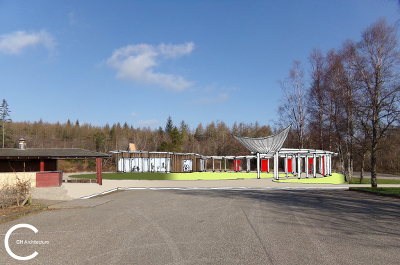 After a series of exhibitions earlier this year where visitors were able to see the plans, and the provision of an online questionnaire where comments and suggestions could be given, it was announced in July that the project has been granted planning permission. Lottery and other funding applications are being made and it is hoped that funding will be in place by mid-February 2016.

The new complex includes a café and a small retail area as well as interpretation boards giving information about salmon and the importance to the local economy of catch and release salmon fishing. There will also be live digital coverage of the salmon leap.

There is an excellent opportunity here to provide an on-demand public transport link to Invershin station.