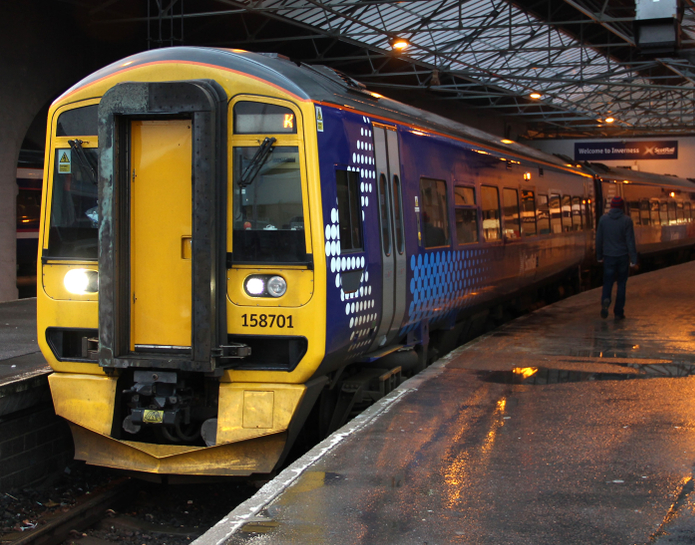 158701, the first of the fleet to be refurbished, forms the 08:55 service to Kyle of Lochalsh waiting to depart from platform 6 at Inverness on 25th November 2015.
It is a shame that two of the four bike spaces have been compromised in the refurbishment in order to fit an extra wheelchair berth. Not good news for End to End riders to John o Groats. Not many years ago ScotRail ran a "bike van" to cope with the demand. And, by the way, that puddle on the platform has needed fixing for years. How about it NR?
Sandy Colley 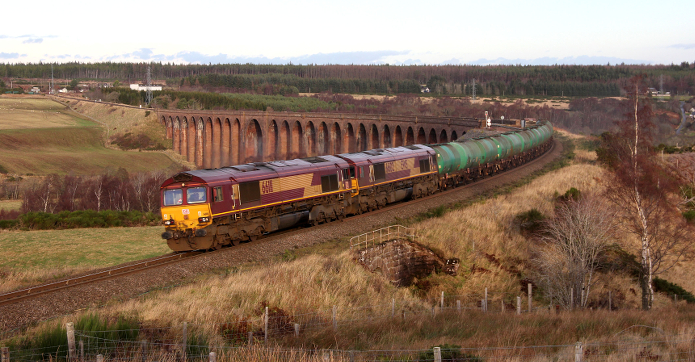 Double-headed "Lairg Tanks" on Culloden Viaduct on the HML on 19th December 2015. 66111 on that day's returning tanks and the loco and tanks from two weeks before delayed by the flooding and by 66102 being "borrowed" for a ballast train.
Sandy Colley 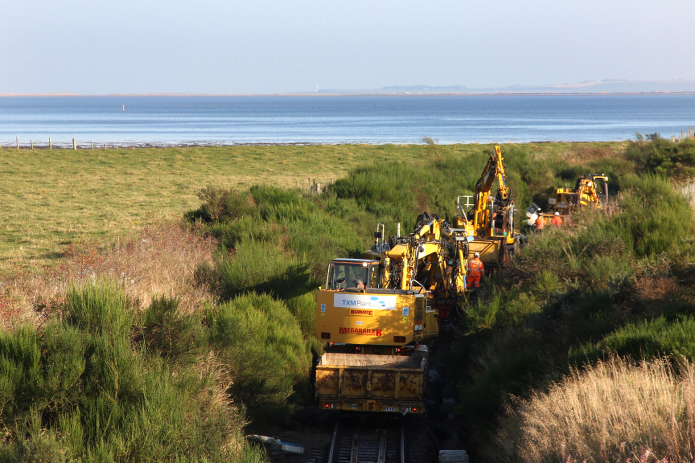 Four road-rail vehicles at Meikle Ferry on 3rd November 2015 during drainage work during the blockade described in this issue.
Sandy Colley 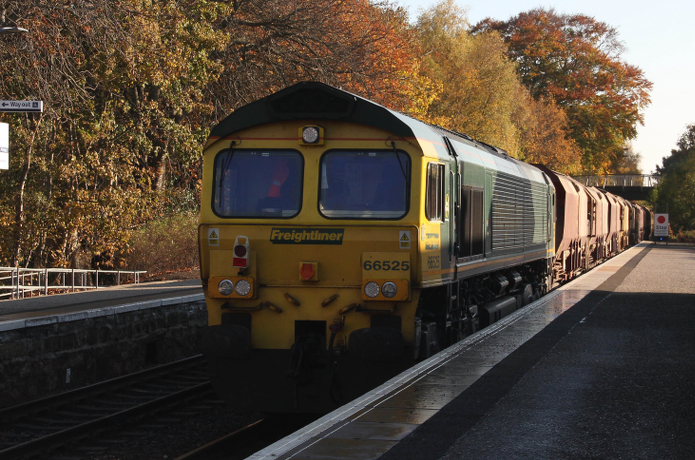 Heading for Meikle Ferry on 3rd November 2015, Freightliner 66525 in Tain Station at the head of a train of ballast hoppers. 66549 was on the other end of the train and this may well have been the first working of Freightliner locos this far north.
Sandy Colley