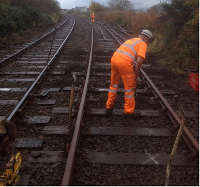 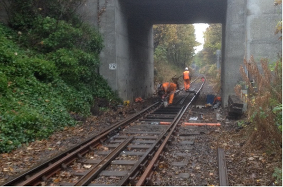 Re-railing and replacing sleepers and points work at Invergordon.

The FNL was completely closed for eight days during November. During this time work was carried out at Invergordon, and at three sites in the Helmsdale section. 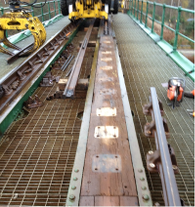 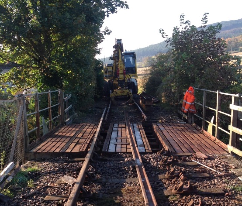 Timber renewal on the Oykel Viaduct and work on Tower Street bridge, Golspie

These included points work at Ardgay, timber renewal on the Oykel Viaduct, and major work on the Tower Street bridge in Golspie. As well as these, extensive work was carried out at various locations to replace track and to improve the condition of the line generally. This included almost five miles of track renewal in the Altnabreac area. Drainage work was carried out at Meikle Ferry between Tain and Ardgay. 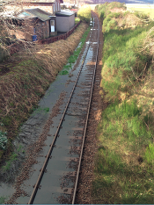 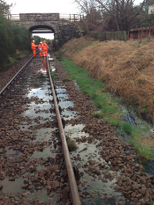 To improve adhesion in the leaf-fall season, and to improve vegetation growth beside the track, eight miles of encroaching growth was flailed and over a thousand lineside trees removed. Anyone who travelled behind Tornado on her summer visit to Brora would have been amazed at the quantity of branches caught up in the smoke deflectors, as well as the constant scratching of the wider-than-158 carriages, requiring much TLC when the train returned to HQ. 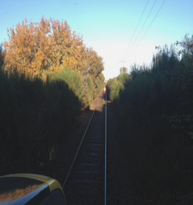 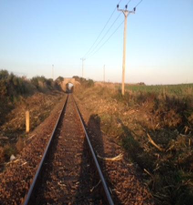 Meikle Ferry track after 1km drainage work; before and after shots of vegetation clearance at Delny

In eight days Network Rail carried out work which would otherwise have required nineteen weekend closures, and users of the line would surely much rather have a winter closure for eight days than a long series of closures in the summer with all the inconvenience to tourists and locals alike.