Efforts are being made to increase the use of the multimillion-pound railhead at Georgemas. 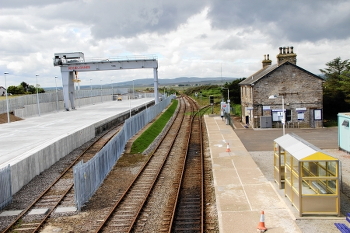 The railhead facility at Georgemas Junction
was opened in July 2012

That was the assurance given to Dounreay Stakeholder Group (DSG) after a plea from member Tor Justad, who would like to see more freight being transported by rail. Such a move, he believes, would help safeguard the route and boost the local economy.

Mr Justad wants more companies to use the facility and pointed out that talks were being held with supermarkets to deliver goods to Caithness by train.

Tesco has been identified as a potential user while talks have been held with the Co-operative Group. Other possible freight opportunities include biomass, construction materials, wood, renewables and whisky.

It was also suggested the UK's civil nuclear archive records could be transported by rail to the purpose-built facility being built in Wick.

"Has there been any progress in that regard?" asked Mr Justad at the latest DSG meeting in Thurso.

Nigel Lowe, the Nuclear Decommissioning Authority's head of programme, said the archive option is being investigated but stressed it is early days.

Other options are being explored with Direct Rail Services and Mr Lowe said the facility would be made available to commercial companies.

Mr Justad wondered if a drawback may be that priority would be given to the movement of nuclear material which is the facility's primary objective.

That would be the case said Mr Lowe but he did not see that as a problem and felt a solution could be found.

Mr Justad, chairman of Highlands Against Nuclear Transport, lamented the time these contracts take. "It is about a year ago talks were being held to look at the greater use of the facility at Georgemas and little progress seems to have been made," he said.

Mr Lowe acknowledged these discussions take time but stressed options are being explored.

The facility was built to facilitate rail shipments of intermediate radioactive flasks containing breeder fuel from Dounreay to Sellafield in Cumbria.

Mr Justad said rail has many advantages over road and every effort should be made to promote the benefits of the railhead.

At 13 metres high and with a capacity to carry 110 tonnes, the Georgemas railhead is the largest in the UK specifically built to service the nuclear industry.

Ninety rail consignments of breeder fuel from DFR at Dounreay will be made to Sellafield by 2019 with a further 35 shipments of so-called "exotic" fuel due to take place between 2019 and 2021. 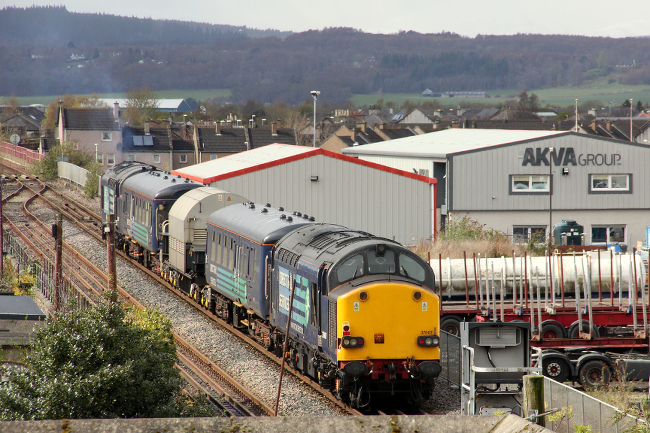 [The NDA archive is due to open this autumn.]