Lamington Viaduct was severely weakened and left close to falling into the River Clyde by flood damage caused by Storm Frank on New Year's Eve. Its second pier was left on the brink of failure when floodwater scoured out much of its foundations. The incident also damaged the second pier's steel bearings (which support the bridge-deck and track above the pier), a non-load-bearing section of the viaduct's third pier and the structure's north abutment. Engineers installed new steel bearings on the viaduct's damaged second pier and constructed a new concrete plinth on the top of the pier to support them.

The line reopened on 22nd February after an intensive seven-week engineering project to save the structure from collapse.

Phil Verster, Managing Director of the ScotRail Alliance, said, "This project has been a hugely challenging one, involving working out in the Clyde through the worst of January's storms in a race against time to save the structure. Our engineers have faced atrocious conditions throughout this project and I am really proud of their hard work and their absolute commitment to getting the line open again. I really do want to thank customers for their patience, and our industry partners for the close cooperation shown over the last two months. By working together we have been able to help limit disruption for passengers by providing diversionary routes for many of the affected services." 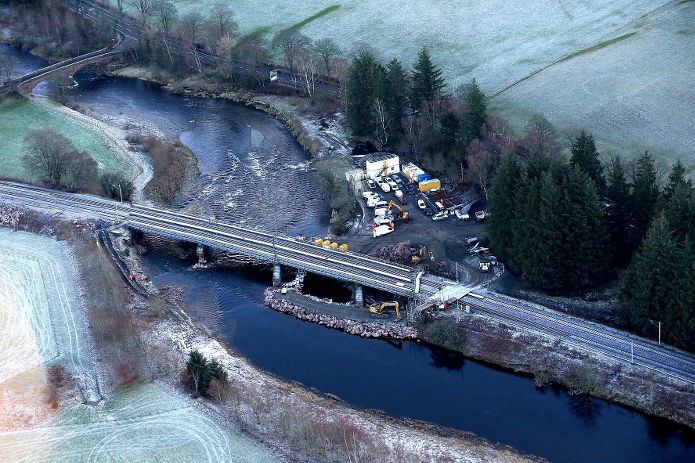