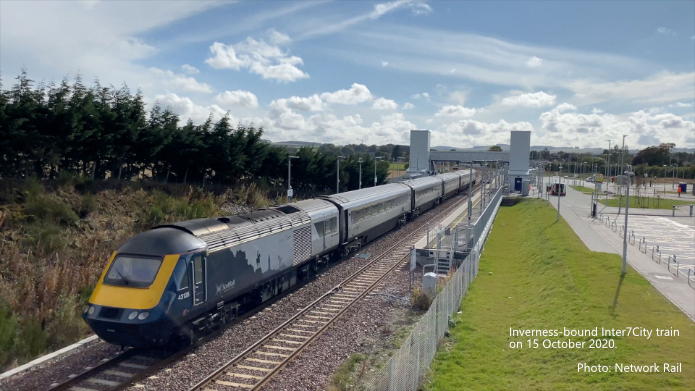 The town of Kintore, 13 miles by rail from Aberdeen, with a population of nearly 5000, has finally been reconnected to the rail network 56 years after the station was closed. Trains began serving the town again on 15 October 2020 with a timetable of 28 trains each day, and a journey time to Aberdeen of less than 20 minutes.

The reopening was part of phase 1 of the A2I programme of works which has seen double tracking of 16 miles of the Aberdeen to Inverness route as far as Inverurie.

The station is on a different site from the original, and has a car park which boasts 24 charging points among its 168 parking spaces to encourage park-and-ride commuting from villages in the area. 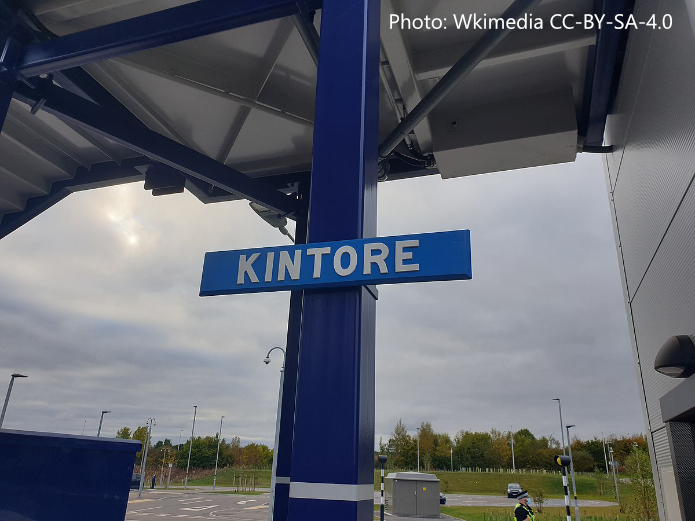 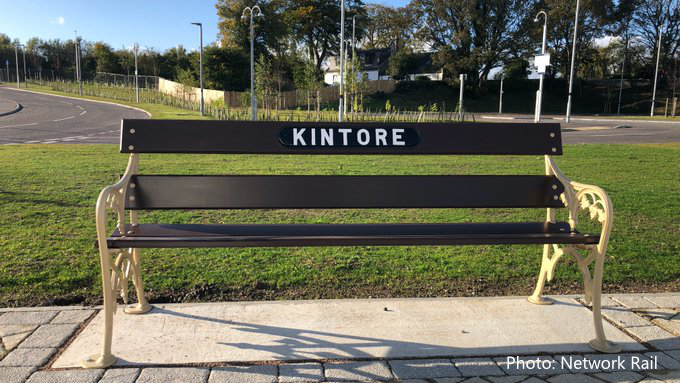 A nice touch has been the refurbishment and restoration of some items from the original station. These include 'Kintore' signs, which have spent the intervening years in a barn, and an original bench which was spotted at an auction and bought by Aberdeenshire Council and Nestrans. 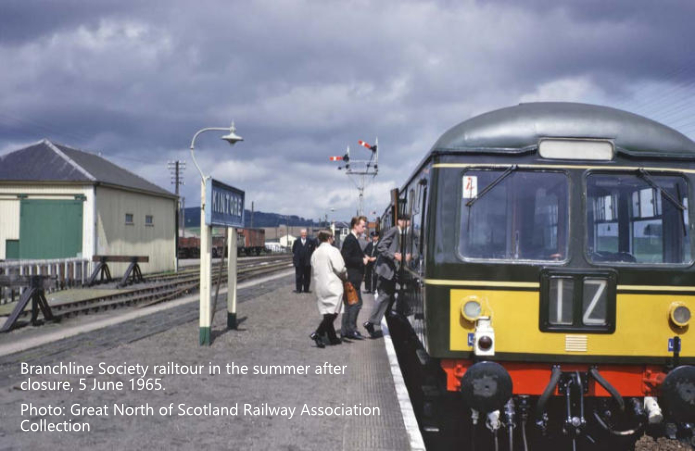