Towards a Highland Hub

A significant step towards the creation of a proper transport interchange at Inverness Station was announced at the end of March when it was confirmed that Network Rail has purchased the former Royal Mail sorting office in Strothers Lane beside the station.

The Inverness Courier reported that Network Rail is also close to acquiring several other sites in the vicinity, possibly including the TK Maxx premises.

FoFNL has long wished for a purpose-built hub linking all forms of land transport at the station. There are few good examples in this country of convenient interchanges and it would be a real feather in the cap of the Highland Council, Network Rail and the Scottish Government if Inverness could show how things should be done.

There are so many visitors arriving and/or passing through Inverness, as well as residents wishing to transfer between modes, that a transport hub here would be a huge benefit and encourage people who can, to leave their car at home. 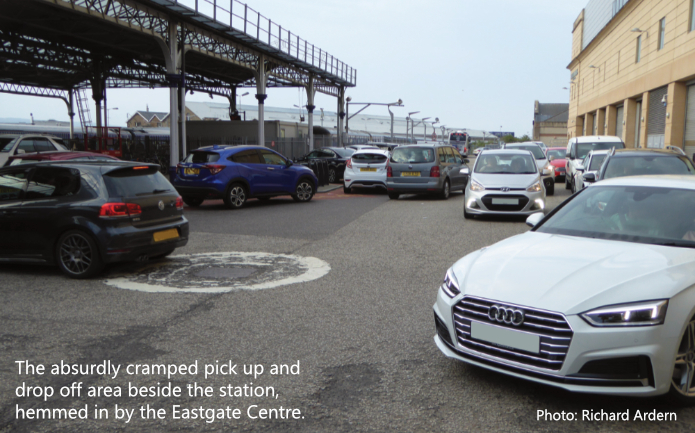 Stewart Nicol, chief executive of Inverness Chamber of Commerce commented, "It's fantastic news. We knew it was coming, but it's great to have a positive story among everything else that's happening at the moment with coronavirus."

Fraser Grieve, regional director of the Scottish Council for Development and Industry said, "This is a fantastic piece of news in that it will really make a difference as the main transport hub for the Highlands."

FoFNL is looking forward to seeing some detailed plans in the not-too-distant future!