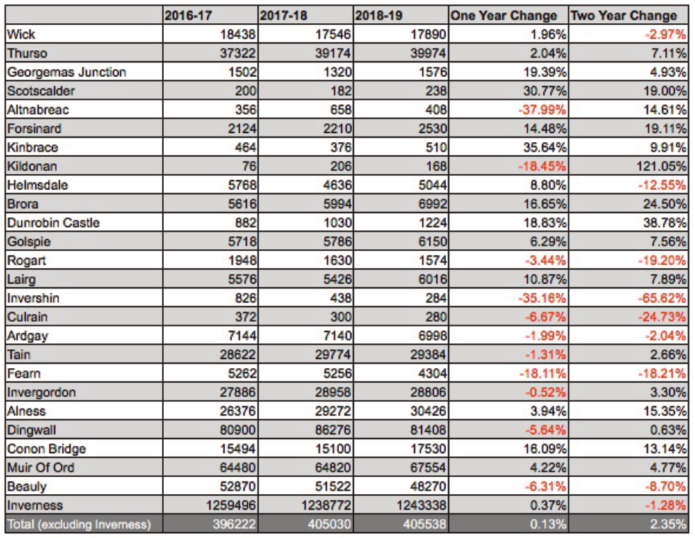 These are the figures issued by the Office of Rail Regulation, which we normally put in the January issue. They were delayed this year. They show an overall rise of 0.13% in the total for the Far North Line excluding Inverness (for which no FNL-only figures exist) compared with last year's rise of 2.22%. The table shows the percentage change in the last 12 months and the last 24 months. Note that this table reads chronologically from left to right.

The figures for the lightly used stations are too low to draw meaningful conclusions about trends.