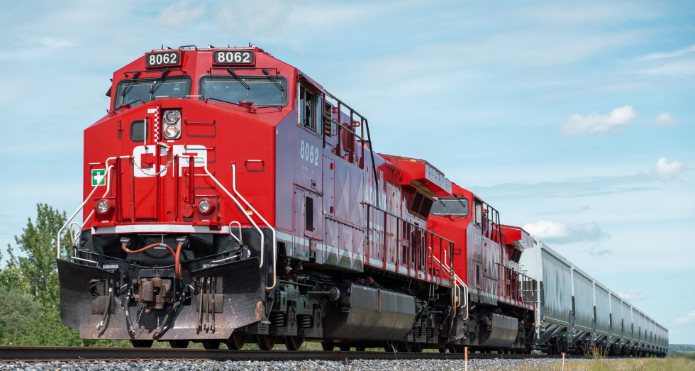 Our northern neighbours across the Atlantic have been thinking seriously about adopting hydrogen to power trains for a number of years. Recent months have seen both encouragement and setback for its use.

Metrolinx is an agency of the Government of Ontario which co-ordinates public transport in the Greater Toronto area, including GO Transit rail services. It has ambitious plans to convert the rail service from peak-hours-only to all-day, which involve quadrupling the train miles run. As in Scotland, the requirement is to replace diesel traction.

From the outset Metrolinx senior management were wary of the idea. Phil Verster, the ScotRail Alliance's previous Managing Director, who became President & Chief Executive Officer of Metrolinx shortly after the establishment of the feasibility study, warned at the time that the technology was too new and untested to be advisable for such a large project. The study reported in March 2018 that it was perfectly feasible to use HFC-powered vehicles. However, the long-term cost is thought to be similar to using conventional overhead line electrification (OHLE); the benefit:cost ratio (BCR) for Hydrail was between 2.65 and 3.01 whereas OHLE had a ratio of 3.07. The overall 'life-cycle' of both systems was considered to be similar.

Toronto's Hydrail scheme has now been dropped after four years and $7m expenditure and the system will be electrified with OHLE.

Canadian Pacific has announced a Hydrogen Locomotive Program. Using an existing diesel-electric freight locomotive it will replace the diesel engine and alternator with HFCs and battery technology to drive the locomotive's electric traction motors. Some of the electricity generated is used directly and some is diverted to charge a power-conditioning battery that provides surge power for standing starts and gradients.

CP will use Ballard Power Systems' (BLDP) modules which will provide a total of 1.2 megawatts (MW) of electricity to power the locomotive.

CP's President and CEO, Keith Creel, said, "With this purchase from Ballard, a leader in the hydrogen fuel cell industry, CP further demonstrates its commitment to developing the next generation of locomotive - one that produces zero emissions. How we power our trains matters to our customers, employees, shareholders and to the communities that we operate in. This technology holds the possibility of eliminating emissions from freight train operations, which already represent the most efficient method of moving goods over land."