Pop-up Stalls at Wick and Thurso 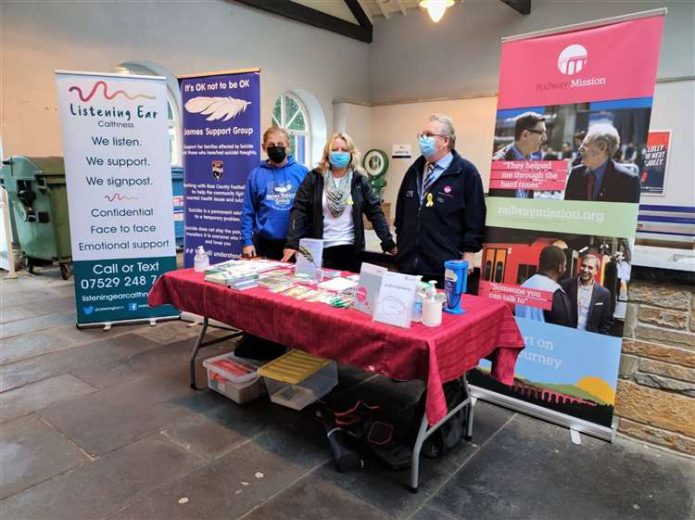 The stall at Wick Station

Local campaign group No More Lost Souls was also present at the Wick event. Stalls were also set up at Inverness and Nairn stations and on-board conversation cafés were held on trains running between Inverness and Elgin, allowing travellers to speak about any issues that might be causing them distress.

The stalls reflected the sad fact that suicide rates in the Highlands are the highest in Scotland. The organisers were very keen to help people realise that it's 'OK not to be OK' and to make clear that help is always available.