Confusion - lack of awareness and understanding - leading to misuse and danger:

User worked level crossings (UWCs) including footpath crossings are types causing significant risk on the rail network. Some individual crossings may be little used and/or have low risk, but collectively the number of such crossings has led to a series of accidents.

In response to four RAIB recommendations and one urgent safety notice, Network Rail has initiated a process of signage improvements. These changes will improve user awareness and therefore safety. 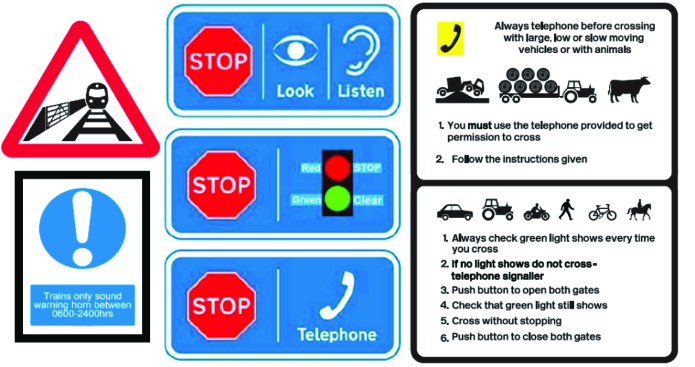 Passive crossings generally have no warning of a train's approach other than by the train driver, who may use the train horn. The onus is on the level crossing user to determine if it is safe to cross or not. Signage to 'Stop , Look and Listen' may be reinforced where appropriate with a requirement for certain users to 'Stop' and phone the signalman before proceeding. These signs are considered 'too wordy' to be fully effective. 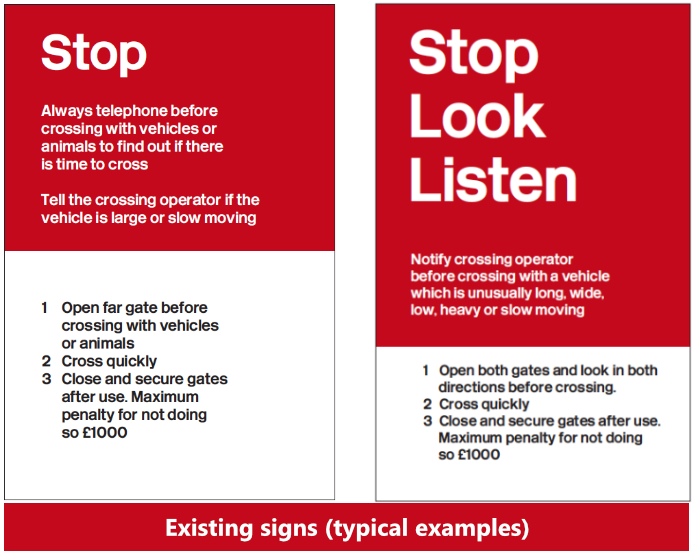 Miniature Stop Lights (MSLs) are being added to more user worked crossings as an overlay system, which can be now fitted for less than a quarter of the cost of full integration with the signalling system.

These provide warning of a train's approach to the user, who still has to open and close gates on both sides according to the instructions displayed - crossing and re-crossing on foot, adding to the risk exposure. Power Operated Gate Openers (POGOs) options where fitted enable the total number of traverses to be reduced from five to one.

Existing MSL systems are being upgraded. For an example of work in progress at Foulis (which doesn't have POGOs) compare these photos taken in 2011 and 2022:

Next, let's look at three FNL crossings in Inverness where train speeds are low but numbers of users are high - hundreds of people per week may cross at each. All three crossings are on designated 'Core Paths' to which the public have access at all times. 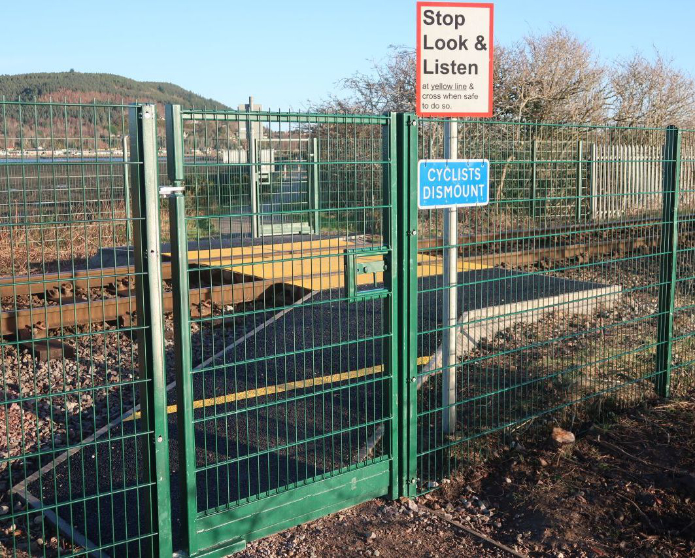 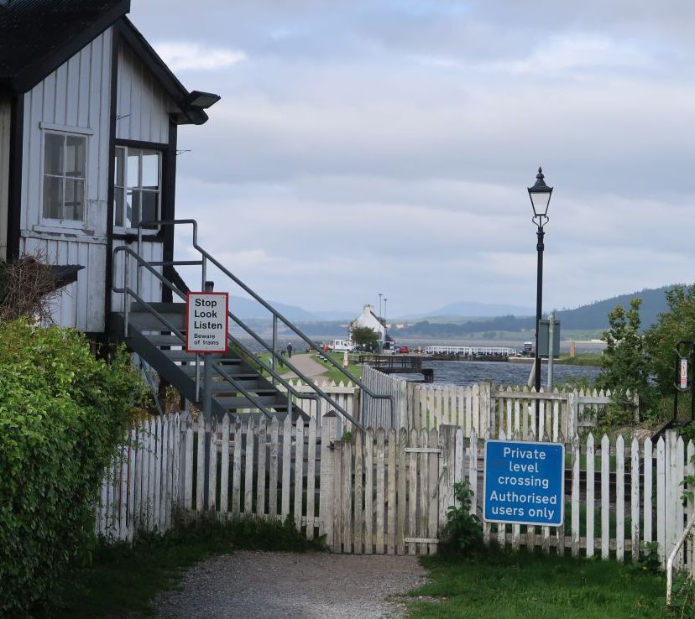 Scope for improvement at Clachnaharry no 1 UWC and footpath (2022)

There is a very diverse range of users of these crossings. Many of those are unfamiliar with how to use these types of level crossing safely and may be distracted by mobile devices; also there are tourists and others who may not have English as their first language.

Bearing in mind that users represent all ages and capabilities - along with dogs, pushchairs, cycles and also canoes on a portage avoiding other hazards - these examples help to reinforce the case for clearer and more consistent pictogram-based signage to help users understand what is happening and what is expected of them. I have taken part in positive ongoing discussions with Network Rail on this subject, and would welcome any further comments and observations from those familiar with UWCs and footpath crossings on the Far North Line.