31 October 2021 saw the 'tribute' Blue Pullman HST set arriving at Muir of Ord on its way to Kyle of Lochalsh. Was this the first visit of an Inter-City 125 set to the Far North Line? 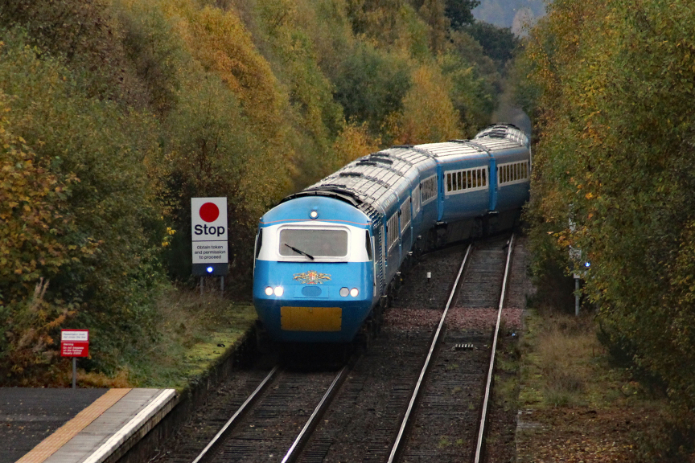 The Blue Pullman units' concept was new to the UK on their introduction in 1960, being the first trains with a fixed formation and a single-cab locomotive at each end, designed to form an integrated, streamlined, unit. In a sense they were the inspiration for the HSTs. 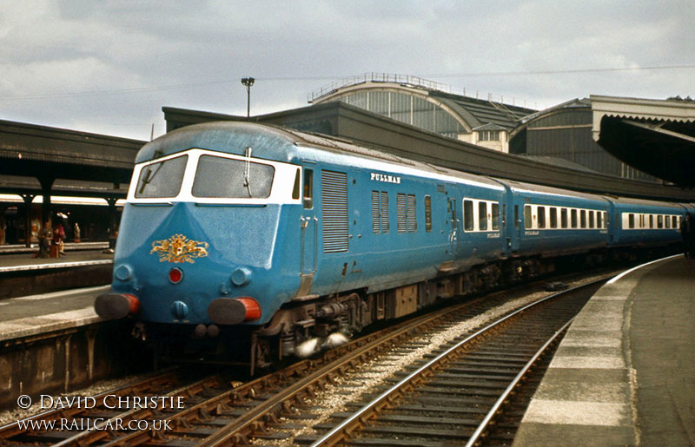 Five units were built, two operating from Manchester Central to St Pancras and three for the Western Region [inset] covering Paddington to Birmingham, Bristol or Swansea. All units were withdrawn in 1973.