We're delighted to report that the Far North Line episode of Channel 5's World's Most Scenic Railway Journeys was a joy to watch and showed the line at its best. The drone photography was spectacular and the stories of local interest fascinating. 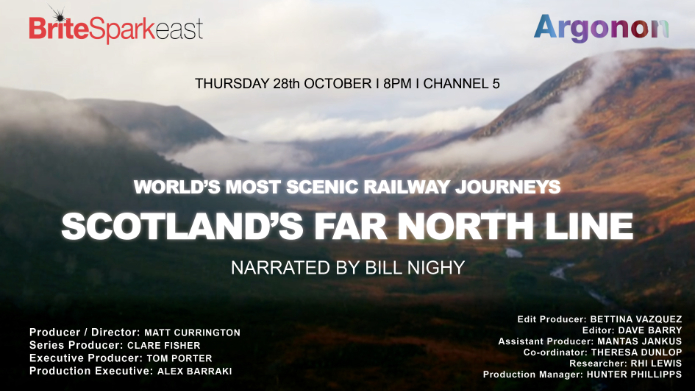 FoFNL had a part to play in the successful production as we were able to advise on many of the pronunciation pitfalls which bedevil programs narrated and produced by people from outwith the area. One or two slipped through but didn't spoil the programme, which elicited many very favourable comments.