The first installation of an important element of the Far North Line enhancements specified by the FNL Review Team took place at Scotscalder Station in December. "Request to Stop", an original concept by HITRANS and the first of its kind in the UK, was developed by Comms Design and is being installed and integrated into the RETB system by Telent, the principal contractor. Final testing will be complete early this year, with all eight FNL request stops working by the summer.

The system enables passengers wishing to board the train to warn the driver in advance instead of having to wave the train down from the platform. The advantage for the railway is that in the event of there being no requests to stop, the train can proceed at full linespeed. Until now all trains have had to slow right down. 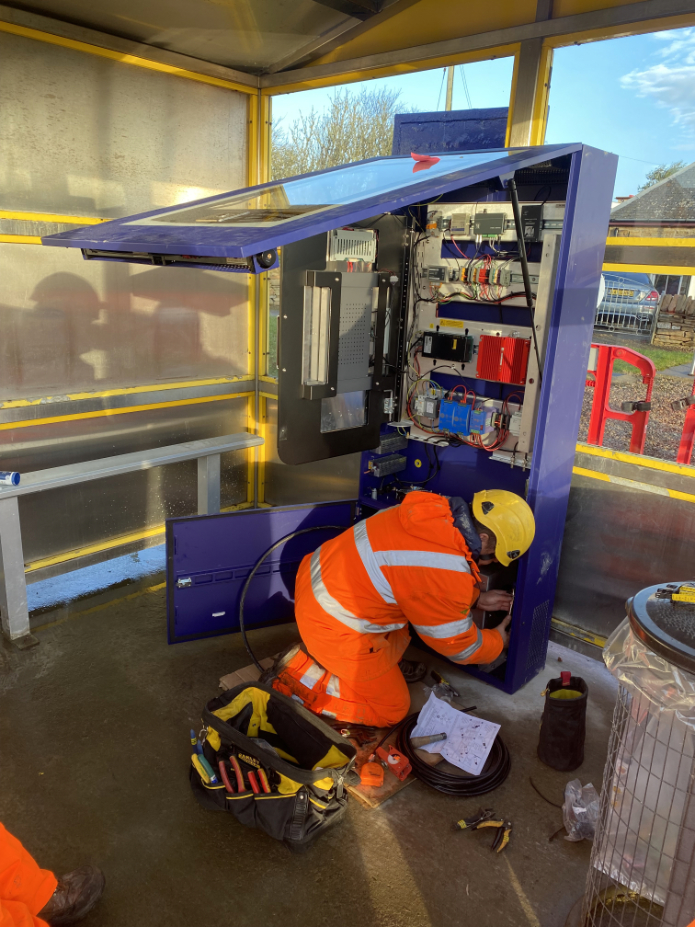 As well as the kiosk, which will stand on the station platform, a transmitter/receiver aerial is needed to link in to the RETB signalling system. The kiosks are part of a broader package of improvements to the line's radio signalling, worth approximately £5 million. 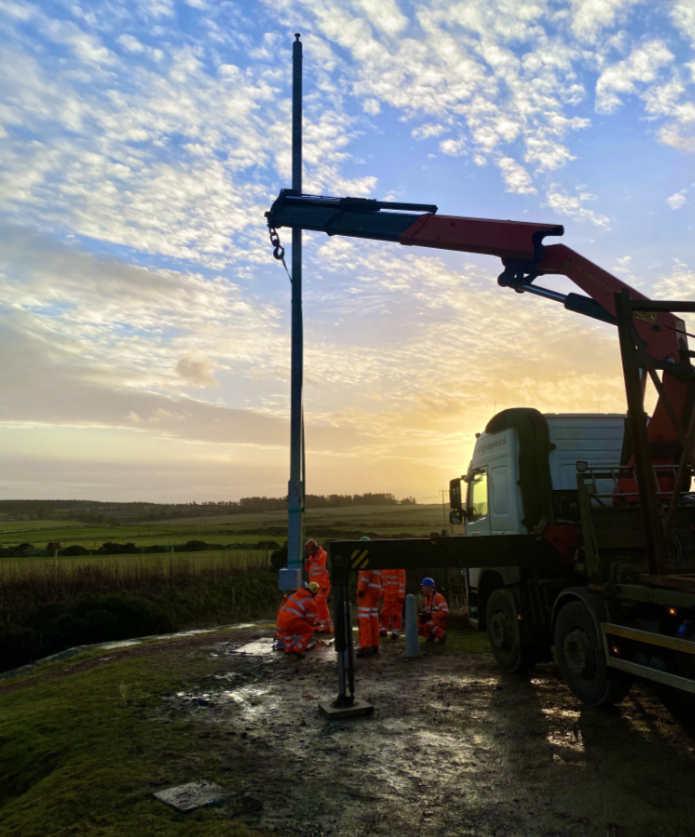