It's always interesting to find 'other' railways in the area of the Far North Line. In 1878 the Caithness Flagstone Quarrying Co entered into an agreement with Sir Tollemache Sinclair to build a tramway from their flagstone quarry at Weydale to Thurso East. 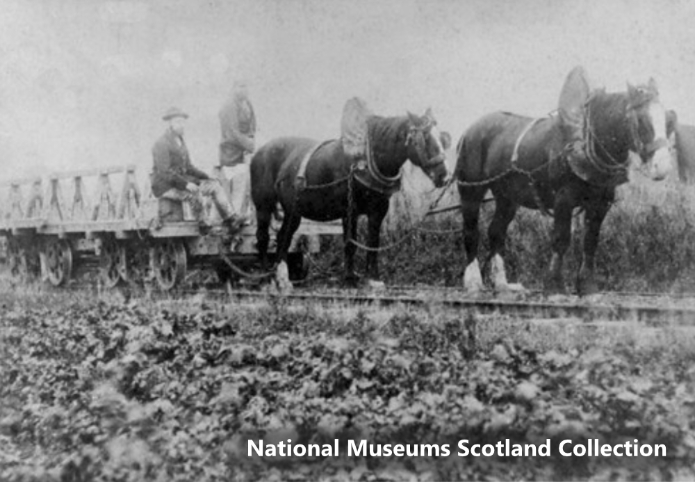 In the event a dispute between the company and Sir Tollemache seems to have prevented the construction of the final section of the tramway which would have extended through the policies of Thurso Castle. It therefore ended at Mount Pleasant where this photo was taken around 1900. At this time around 1000 quarriers were employed by various flagstone companies and in 1902 35,000 tons of flags were exported. Caithness flags appear all over the world, including Australia, New Zealand and South America.

The Weydale tramway used conventional steel rails and horse traction - the horses rode down on special wagons along with the flags and then hauled the empty train back up to the quarry.