Nearly four years have passed since Pandora was last exercised by the Wicked Fairy called CHANGE. She has reared her head again and it's time to see what effect she's having this time round. In the bigger - GB-wide - picture she seems to be accompanied by her Wicked Sister, UNCONSCIONABLE DELAY. Some time ago the then (still!) Secretary of State bolted his name onto the review being carried out by Keith Williams. Alas he failed to bolt on any energy at the same time. Of swiftness there is none, nor does its absence seem to raise any hackles.

When the Attlee Government nationalised the Big Four after the War the legislation went through remarkably quickly and the deed was done on 1 January 1948. Now, getting on for 4 years since it was set up, the Williams-Shapps Review is still at the the stage when the Minister "hopes" that parliamentary time will be available for a Bill before the election due in 31 months and almost certainly likely to be held well before then. Meanwhile the DfT continues to meddle at all levels in matters where it has no hands-on experience.

So often Pandora holds up the experience of the railway south of the Border as an exemplar of what to avoid. Are we better off in Scotland? CHANGE is afoot here too. To the extent that what the DfT decides to put in its Bill with regard to the functions of Network Rail we are still in the dark. Transport Scotland is still waiting to see what these plans are. It remains the policy of Scottish Ministers that NR's functions in Scotland should be devolved to their control, but there is no hint that the DfT sees it that way. Pandora foresees some years - 3, 4? - of continuing uncertainty. Plans to electrify large chunks of the railway in Scotland will go ahead, albeit later than we all hoped before COVID, because Scottish Ministers are determined that diesel haulage shall be largely eliminated. Plans to recognise the utter destruction of the old business model (ie. far less commuting/business and far more tourism/leisure) and its consequent effect on fare structures are non-existent. Jolly short-term wheezes - reducing fares dramatically for a few weeks - will be as useless as the Eat Out To Help Out wheeze two summers ago. Cheap grub for a few weeks but no lasting benefit. And while CHANGE is fluttering about, any serious attempt to create a business model with a sensible fare structure will not happen. 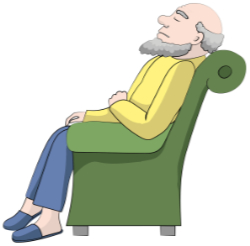 Another thing that CHANGE has wrought - though COVID can be blamed as well - is the complete disappearance of printed timetables. When he was a lad Pandora forked out money (1/-) for a Scottish Region timetable. Fast forward a decade or four and he saw a ScotRail timetable - the whole thing in a book that was once for sale and then, in later years, available to station staff (with courtesy copies to the Rail Passengers' Committee). Another decade on and it was twee little folded jobs, and Pandora had to go to Glasgow and Edinburgh to collect a full set. And now ... nothing. Pandora accepts that COVID has made the printing of timetables foolish, given the frequent changes. But "living with COVID" means "having printed timetables again". The twee ones will do, Pandora supposes, but a proper book (at £2 or whatever) would ease the pain. If Great Western can do it, why not us? (A rare example of good practice coming the other way.)

Grumble over for now.