When I recently read in The Scotsman that a new electronic system was to be introduced for request stops on the Far North Line, memories came flooding back about my childhood experience of stopping trains. At present at such request stops one has to wave one's hand to stop a train but back then there was a signal which we had to use. My interest was further piqued by seeing a copy of a photo of Borrobol Halt complete with signal, which had prompted Frank Roach of HITRANS to plan the new system. 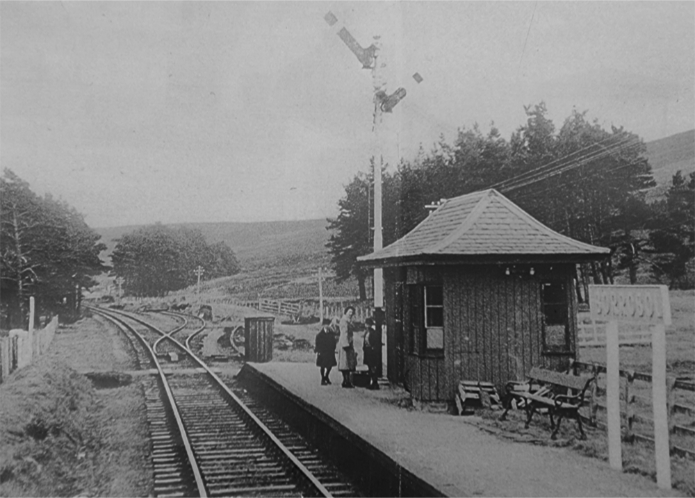 I was born and brought up on Borrobol Hill sheep farm in the Strath of Kildonan, through which the Inverness-Wick/Thurso line runs. Borrobol Halt (long since gone) had a platform and a waiting room with a railway phone which was useful in emergencies before telephone lines arrived. There was also a siding into which trucks would be shunted, either for bringing bales of hay for winter feed or so that we could load sheep and lambs to transport them to the sales in Lairg.

When I started school in 1949 my older brother Colin, and I, went by train to Kildonan Primary, four miles away. We would walk or cycle about half a mile to the station and then a little farther from Kildonan station up to the school (closed years ago). We had to set the signal by removing a hook and chain that held a lever so that the signal came to rest horizontally. The guard would ask us, or anyone else present, to replace the hook and chain to make sure the next train would not stop unnecessarily. One of them used to say, "Mind the stickie (Remember the lever)!" I still remember the excitement of being able to bring the great steam engine to a halt. On the return journey we had to ask the guard in good time to stop the train. 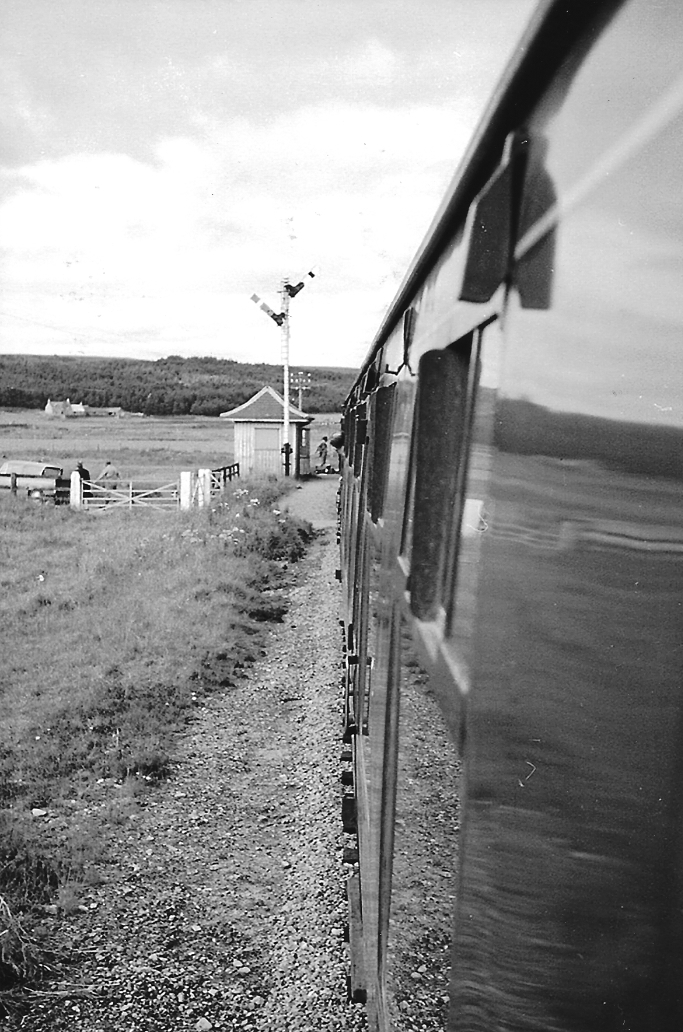 This arrangement continued for a few years until road transport was provided. During lunch break we boys often went down to the station and saw the station office, where the "tablet" that was exchanged with the engine driver was put in a machine which was part of a very good safety system. Then we would visit the signal box and watch them being set. Sometimes permanent way workers would give us a ride on their little trolley, used when they did work on the line. Health and Safety would not allow that nowadays!

Although my father had a car, the railway was very important to us. When the great snowstorms hit the Far North in January and February 19551, lasting until early April, it was a lifeline. At mid-morning on 12th January, while we were in school, the first storm arrived suddenly with huge amounts of drifting snow driven by a strong wind. The Strath road was soon blocked and my younger brother and I were taken down to the station on foot to catch a train. The line further North was already blocked, so they had to arrange a snow plough to come up and take us to Borrobol and then further on to unblock the line. At Borrobol we were met by our mother and a neighbour, Angus Kennedy, who escorted us home in the teeth of blinding drift. The snow was up to my knees and Angus had to carry Alex on his back. My father was away at the tup2 sale in Dingwall and had his own difficulties in getting home by road. He came next day on a snowplough from Helmsdale.

After a few days I became very unwell and I went by rail to Golspie Hospital, where I had an emergency appendicectomy by Dr Bertie Simpson. When I got home I had to stay off school for a month, but towards the end of February there was an even worse snowstorm and I had to be off school for three months - and that was the year I sat the Qualifying Exam! It was during this storm that we had the excitement of Operation Snowdrop, in which RAF Shackletons3 dropped bales of hay when our winter feed in Aultanduin ran out.

As I grew older, I went to Golspie Senior Secondary School and then Edinburgh University to study Medicine and Surgery and the railway was usually the mode of transport. As in many other cases, the railway was the way out of the Highlands, but not the way to return permanently. Thereafter most of my rail travel was in India, where I spent 15 happy years as a medical missionary of the Free Church of Scotland. I saw many steam locomotives, some of them built in Britain, but they were constantly being replaced by Indian diesel and electric ones. Every time I hear a train hooter I call to mind previous eventful railway journeys in India and the thrill of bringing the massive steam engine to a halt with the Borrobol signal.