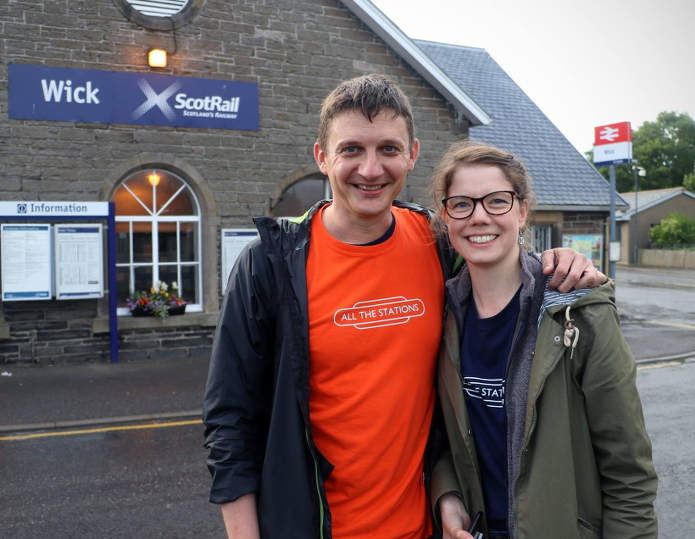 On Saturday 19 August Wick station saw the successful completion of the epic project known as 'All The Stations'. With the help of crowd funding Geoff Marshall and Vicki Pipe visited, or travelled through, every railway station in the UK, all 2563 of them! The pair set off from Penzance station on Sunday 7 May. The mammoth venture took 15 weeks and the couple gave an almost continuous commentary on social media, attracting a huge number of followers. Their aim was to talk to fellow travellers and local people and make an online documentary film of the journey, as well as reminding people of the joys of rail travel! 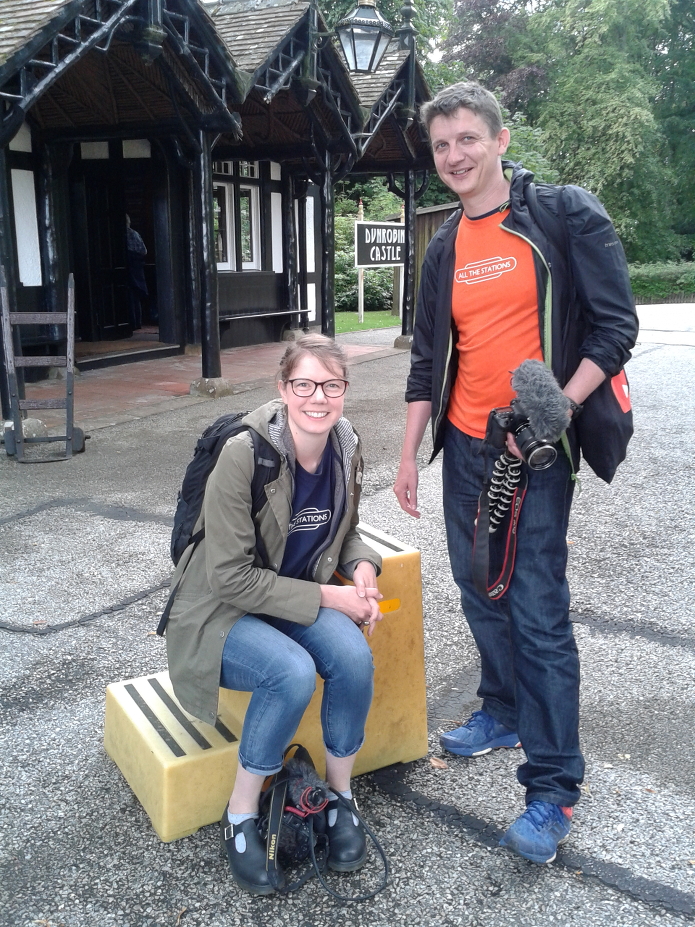 Vicki and Geoff are seen here at Dunrobin Castle station on the final day of their journey. They were welcomed by Daniel Brittain-Catlin who looks after the station, and Frank Roach of HITRANS.