Our 'other' southern neighbour, the Ness Islands Railway in Whin Park in Inverness, which has been operating since the 1980s, was temporarily closed in July after vandals severely damaged the wooden decking on the bridge, which is a major feature of the railway. The historic structure, erected in around 1837, was originally a footbridge on the River Ness. 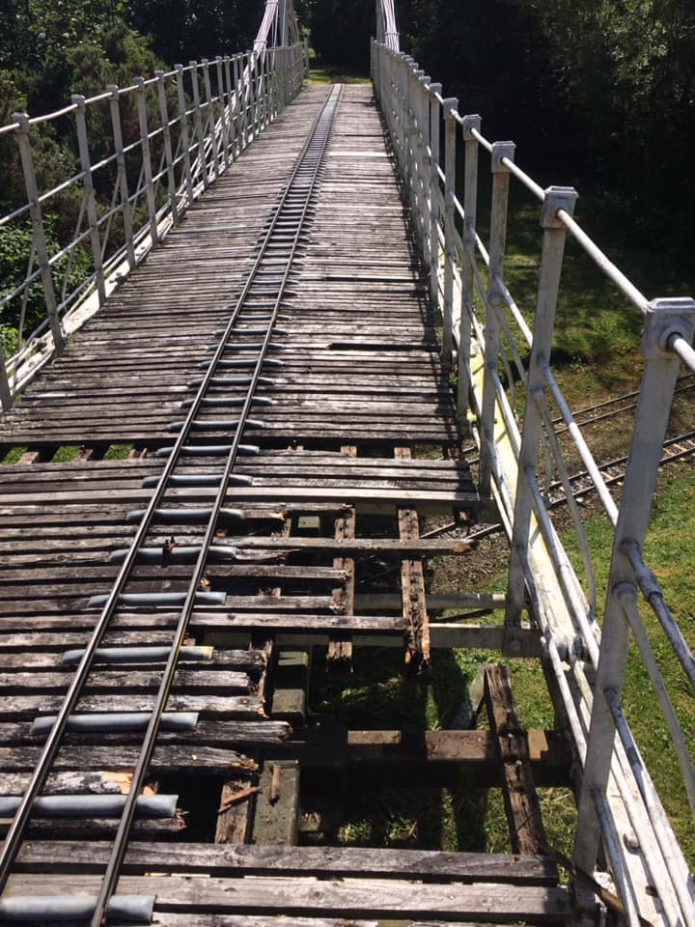 The bridge was already due for refurbishment so the vandalism only really had the effect of causing the work to be done sooner than planned, although the railway had to be diverted away from the bridge to enable it to run while the work was being carried out.

The 7¼" gauge line currently has two locomotives: Chrissy, an 0-4-2T, built by Peter Beevers in 2012 to the 1968 'Tinkerbell' specification; and Uncle Frank, a 4-4wPH petrol locomotive, in the style of an American diesel. 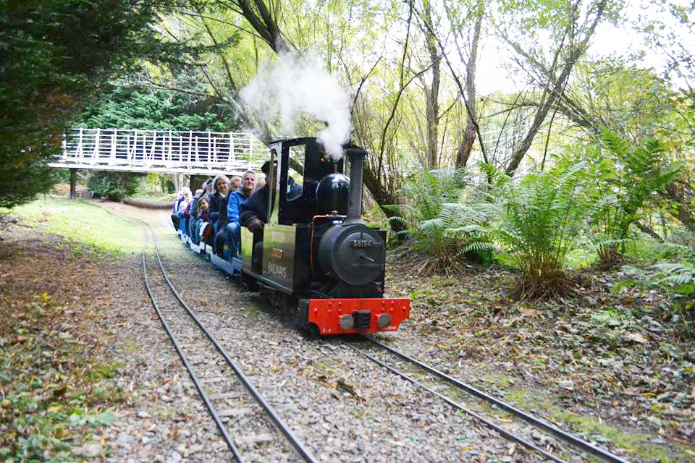 'Chrissy' having just passed beneath the bridge on 6 October 2018.
Ryan Munro

The railway was purchased in April 2019, by Highland Hospice, from the family of Ian Young, who had established the line in 1983. The line is built in the shape of a dumbbell folded over on top of itself, giving a journey of over half a mile. It is now run as a social enterprise, an unusual and rather wonderful way of fundraising.

Inverness City Heritage Trust partially funded the work which is expected to cost in the region of £12,000 to £15,000 and involves replacement of all the timbers and repainting of the bridge. 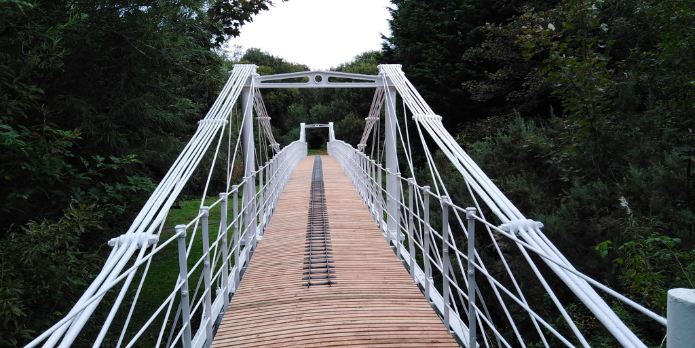