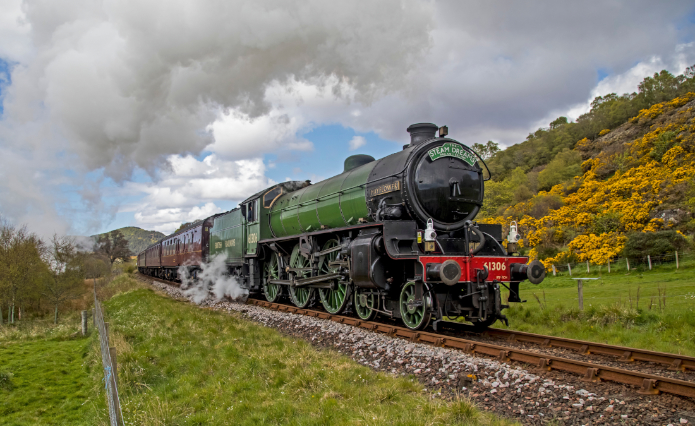 Thompson B1 61306, Mayflower, leaving Rogart on the Dunrobin leg of the Steam Dreams Highlands & Islands Explorer tour on 11 May 2019.
Alistair Moulstone 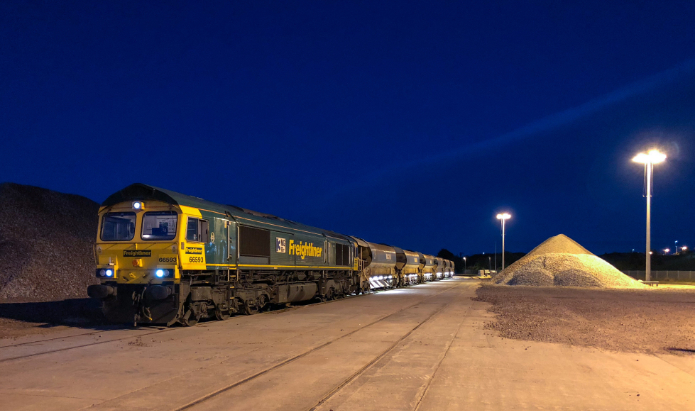 Stunning shot, with hints of Egypt!
Picture taken by the driver of his works train having driven it back inside Dyce, Raiths Farm freight terminal during the A2I blockade on 2 July 2019. The locomotive (66593) is about to be shut down for stabling.
Jordan Kearney 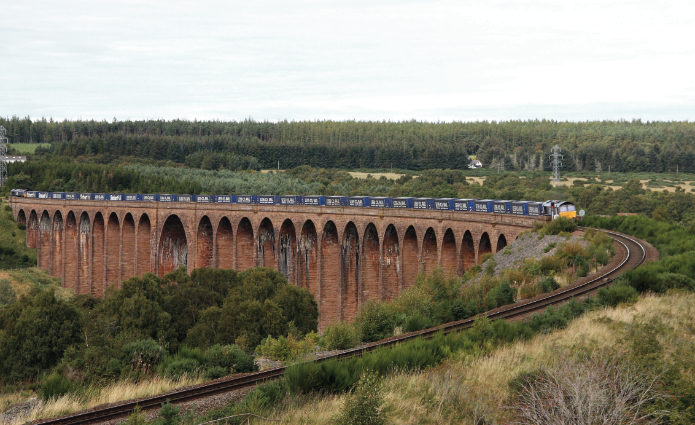 On the first two Sundays in September a Norbord trial train was run from Mossend to Nairn, via Inverness and back. On Sunday 8 September the train makes a truly impressive sight heading south over Culloden Viaduct with a Class 66 at each end. The Norbord containers are attached to the scheduled Tesco train, making a total of 28, and a train around 600 yards long.
Sandy Colley