A correspondent, Stuart Gray, spotted this photocopied advert pinned up on a wall in the Highland Folk Museum in Newtonmore. The Editor's interest was piqued and he contacted the museum for information, not really feeling optimistic. An immediate response was received from Rachel Chisholm, Curator (Collections), High Life Highland, who knew exactly where the picture was from! 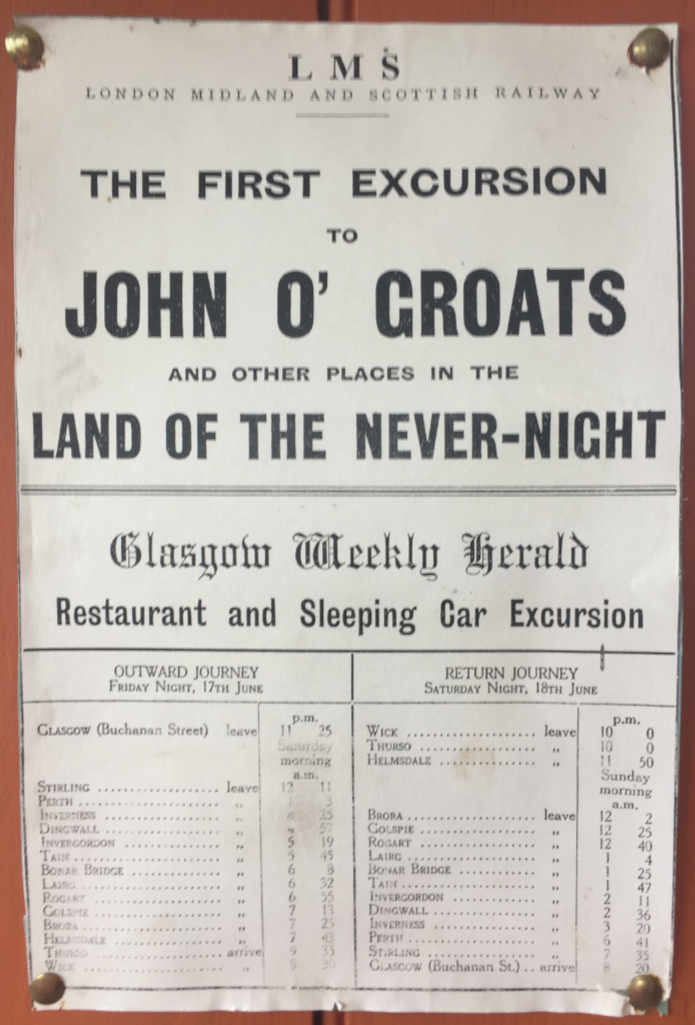 Rachel told us that the advert appears in the book Scottish Railway History in Pictures by John Thomas, published in 1967, and that the accompanying text reads, "In the 1930s the motor car meant little to the man in the street, and the railways offered enterprising excursions which were well patronised. The LMS, in conjunction with the Glasgow Weekly Herald in June 1932 took more than 300 people from Glasgow over the Grampians to Inverness and on to John o' Groats. The return trip embraced 695 miles of rail travel and for the fare, 26s 6d, a hot supper and a full breakfast were included."